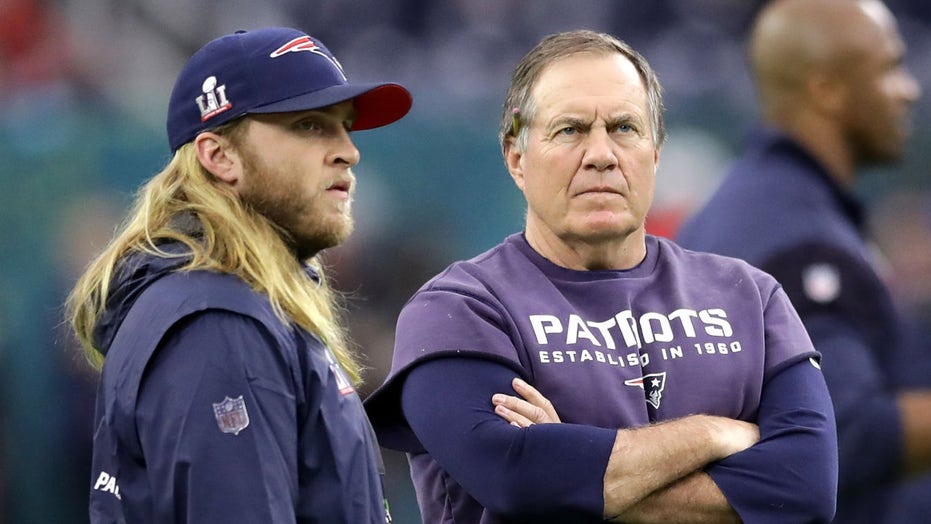 New England Patriots coaches Bill and Steve Belichick take the phrase “like father, like son” to a whole different level.

A clip of Steve Belichick talking about his father went viral Thursday. Steve is the son of Patriots head coach Bill Belichick and is currently the team’s safeties coach. Though he looks nothing like his father, the mannerisms during his interview with the media appeared to be one and the same.

While the clip was featured on NESN on Nov. 23, social media users picked it up on Thursday and ran with it. Most were shocked by how much the younger Belichick sounded like the elder Super Bowl champion.

Steve Belichick went to Rutgers University in New Jersey and played lacrosse and was on the football team as a long snapper, according to the team’s website. He is in his eighth season on the Patriots staff. He’s in his first season as the team’s safeties and secondary coach and was solely the safeties coach for three years. He also spent four seasons as a coaching assistant.

Steve Belichick has clearly had a helping hand in making what the defense is this year. New England is first in fewest points allowed and second in fewest yards allowed. He also has at his disposal cornerback Stephon Gilmore, arguably the best cornerback in the league.

New England is 10-2 this season and are on pace to making their 11th straight playoff appearance and 17th under Bill Belichick.