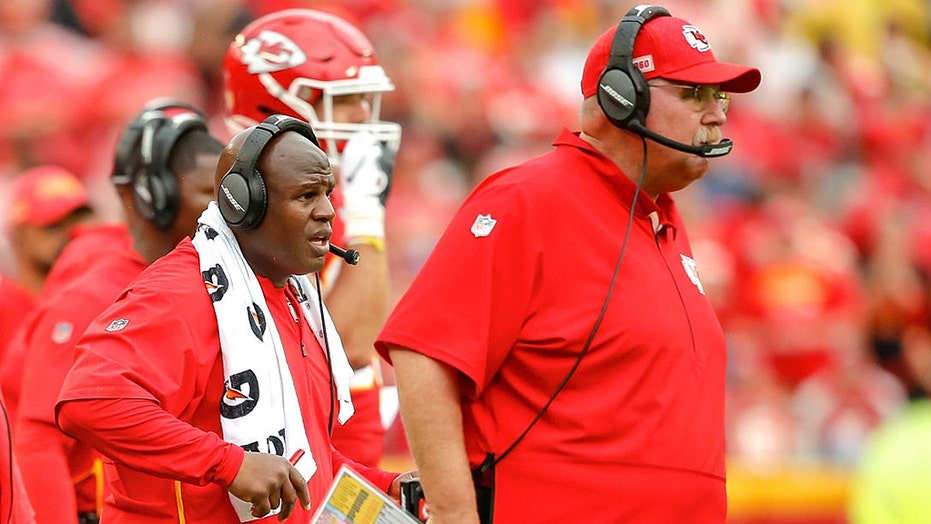 Kansas City Chiefs coach Andy Reid made it known Wednesday that teams in need of a new head coach this offseason should take a look at his offensive coordinator Eric Bieniemy.

Bieniemy has been with the Chiefs since 2013. He started off as a running backs coach before getting promoted to offensive coordinator in 2018. He’s been in charge of the Patrick Mahomes-led offense, which was first in yards per game and points scored last season.

Bieniemy had head coaching interviews with the New York Jets, Tampa Bay Buccaneers and Miami Dolphins earlier this year but no team hired him. With several teams expected to make changes, he might get a shot at taking the reins come next year.

“I’d say hire him, right now,” Reid said of Bieniemy, according to ESPN. “That’s what I’d tell you. I don’t want to lose him, but I mean if you’re asking me is he ready to be a head coach, yeah, he’s ready. He was ready last year. ... He’s in the quarterback room every day, and I think if you’d talk to Patrick [Mahomes] he’d tell you how much influence he’s had on him.”

He played running back in the NFL from 1991 to 1999. He played for the San Diego Chargers, Cincinnati Bengals and Philadelphia Eagles.

He got his first coaching gig with the University of Colorado Boulder as a running backs coach in 2001. He had a second stint with them in 2011 before moving to the Chiefs in 2013.