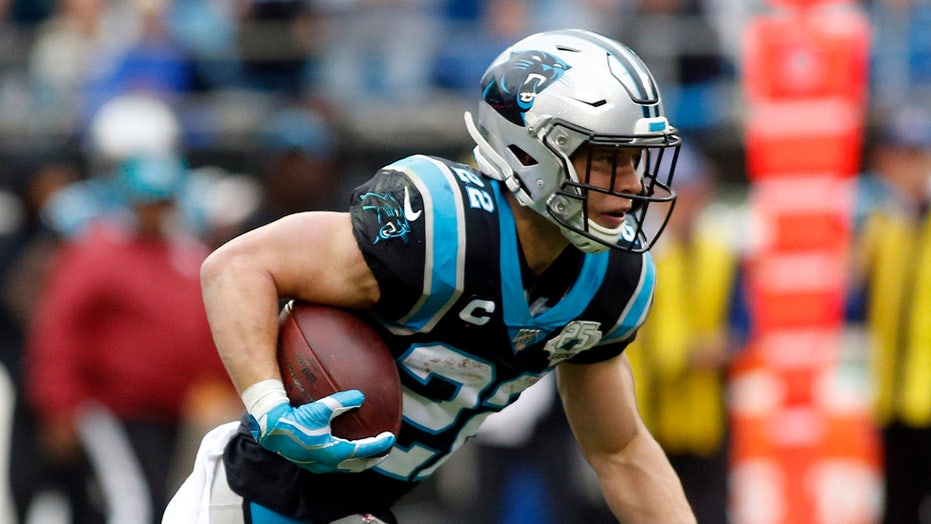 McCaffrey became the third player in NFL history to record at least 1,000 rushing yards and 1,000 receiving yards in a single season.

He joined Hall of Fame running backs Marshall Faulk and Roger Craig as the only other players to have accomplished the feat.

McCaffrey needed 67 receiving yards coming into the game to hit the milestone, and hit the mark with 2:37 remaining in the game. The Panthers were in the middle of a blowout loss to the Saints – who could be lifted into the No. 2 seed in the NFL playoffs with Sunday's win.

The Stanford product had been the lone bright spot in a lost season for Carolina.

Coming into the game against the Saints, McCaffrey had recorded 1,361 rushing yards and 933 receiving yards. He had 14 rushing touchdowns and four receiving touchdowns.

Since the Panthers selected McCaffrey with the No. 8 pick in the 2017 draft, he's played in every game.

The Panthers already had fired Ron Rivera in the middle of the season and this game was expected to be defensive backs coach Perry Fewell’s final game as interim head coach.