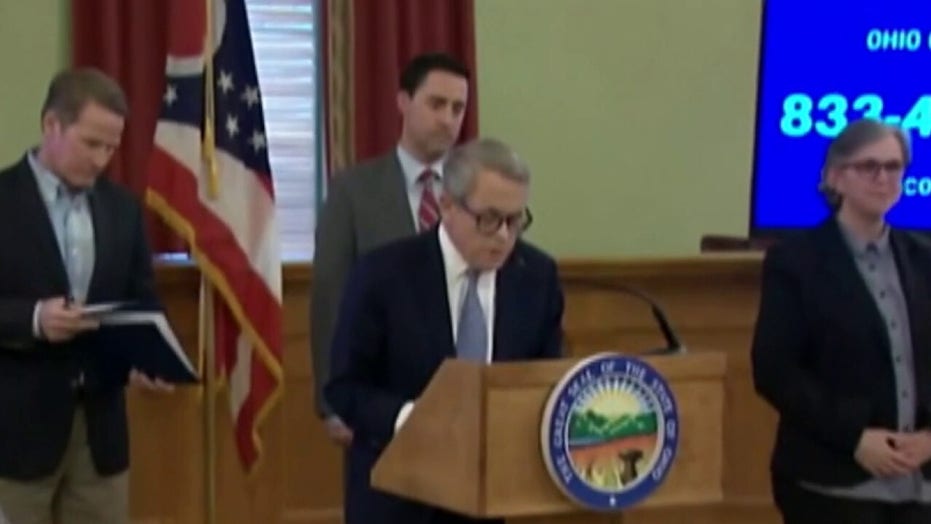 Some voters expressed frustration, wanting to know why it took so long to make the decision; Ellison Barber reports from Columbus, Ohio.

An Ottawa Senators player has tested positive for the coronavirus, according to a team statement Tuesday night. It's the first known case involving an NHL player so far.

The player, who is unnamed at this time, has mild symptoms and is currently in isolation.

"In collaboration with team doctors and public health officials, the Ottawa Senators have undertaken to notify everyone who has knowingly been in contact with the athlete," the statement said.

Ottawa Senators right wing Mark Stone celebrates his game-winning goal with teammates Thomas Chabot (72) and center Matt Duchene (95) during overtime of an NHL game in Ottawa, Ontario, Saturday, Oct. 20, 2018. A Senators player has tested positive for the coronavirus, according to a team statement Tuesday night. It's the first known case in the NHL so far.<br data-cke-eol="1"> (Adrian Wyld/The Canadian Press via AP)

"Following this positive test, all members of the Ottawa Senators are asked to remain in segregation, to monitor their health and to seek the advice of the team's medical personnel."

The Senators played their final game against the Los Angeles Kings at the Staples Center in California on March 11 before the season was suspended due to the coronavirus outbreak. They had previously played in Anaheim on March 10 and San Jose on March 7. Both cities are in California.

The league and NHL Players' Association told players Monday they can go home -- even outside of North America -- but must self-quarantine upon arrival until at least March 27 while the season is on hold. Before the announcement on Monday, the NHL had told players to remain in their home playing cities.

The decision came after the CDC recommended against gatherings of 50 or more people in the U.S. for the next eight weeks.

“I think in light of the CDC recommendations, it's hard to foresee that we're looking at much happening here in March or even April, in my opinion,” NHL player agent Jay Grossman said.

A part-time employee at SAP Center in San Jose had previously tested positive for the virus after working on Mar. 3.