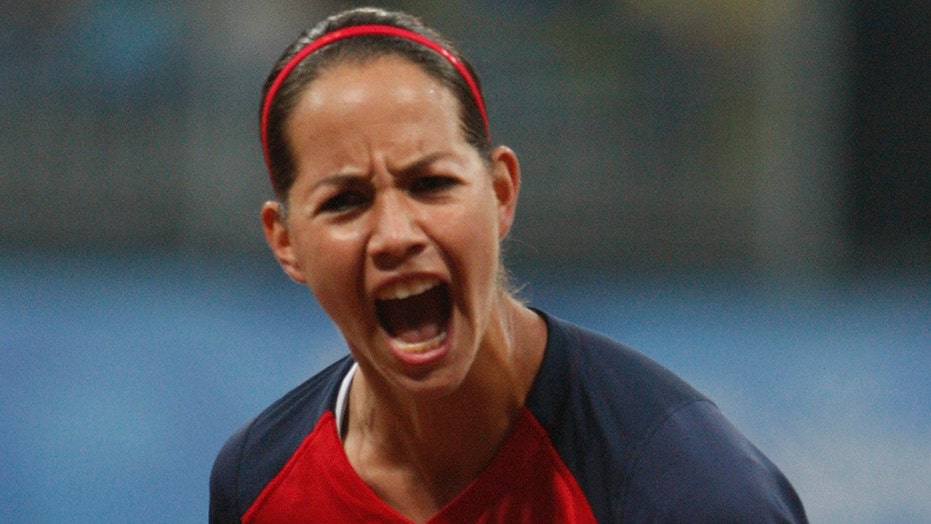 Two-time Olympic softball player Cat Osterman tweeted on Monday night that she “will not represent” the ScrapYard Dawgs because of the team’s activity on social media amid the nationwide protests in the aftermath of George Floyd’s death.

The ScrapYard Dawgs -- a professional softball team -- tweeted a picture of Osterman and other players standing for the national anthem with a caption that read “Hey @realDonaldTrump Pro Fastpitch being played live @usssaspacecoast @USSSAPride Everyone respecting the FLAG!”

Osterman responded with a photo that said, “This isn’t us.”

“I DO NOT support the comments made during our game by @scrapyardfp & I will not represent them,” Osterman wrote. “We as a people are working towards change, and THIS IS NOT IT.”

Other players, including Olympian Natasha Watley, who is black, also shared her thoughts on social media.

“Seriously fuming right now,” Watley wrote. “@ScrapYardFP you are better than this! Haven’t we been going over this for the last 3 weeks? This is not funny at ALL! Has nothing to do with respecting the flag and ALL to do with respecting ALL Americans in this country regardless of color of skin.”

Here are other reactions from several players: