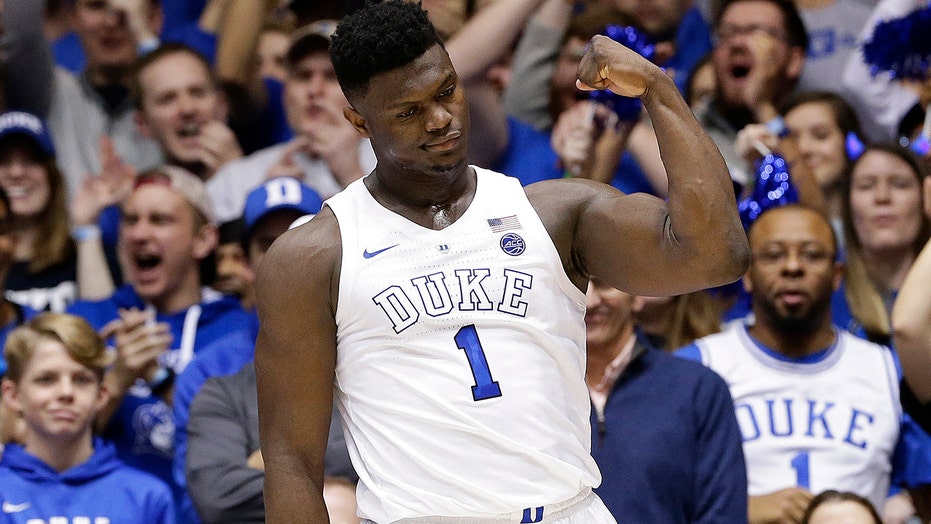 The New York Knicks enter the 2019 NBA Draft lottery with a 14 percent chance of getting the No. 1 overall pick after another disappointing season when the team finished with only 17 wins.

Whichever team lands the top pick will likely have Duke superstar Zion Williamson on their radar. For Knicks fans, they hope their team ends up selecting the 280-pound forward.

A rabbi, a reverend, witches and a shaman were among those who are turning to a high power in hopes the Knicks land the top pick, according to the New York Post.

“Believe it or not, the Bible, written some 3,500 years ago, doesn’t talk about the NBA or even the Knicks,” Rabbi Adam Mintz who presides over an Upper West Side synagogue told the newspaper. “But the Bible does instruct us that we have a mitzvah, an obligation, to be supporters of Zion and lovers of Zion. So God, we ask you: Please let the lottery fall to the Knicks tonight so that we can be lovers of Zion and supporters of Zion, for many years to come.”

Windsong added: “Harm to none and three times three, it is done so let it be.”

The Rev. Anthony Sirianni told the New York Post a bevy of prayers might help the Knicks.

“I don’t believe in curses, but I think we all need to light candles,” the New Jersey pastor said.

The Knicks have had four No. 1 overall picks in their history. The last one came in 1985 when they selected Patrick Ewing out of Georgetown. Before Ewing, the Knicks drafted Cazzie Russell in 1966, Jim Barnes in 1964 and Art Heyman in 1963.

Ewing ended up being a Hall of Fame center. Russell was the only other one to make an All-Star game.