The Air Quality Index at the stadium at kickoff was 156 -- classified as “very unhealthy,” according to the Environmental Protection Agency. By halftime, it had risen to 161.

Serious health issues don’t begin until the Air Quality Index reaches 201, an SNY reporter noted in a tweet prior to the start of the game, which the Giants won, 27-23.

The National Football League said it was monitoring the air situation stemming from the deadly Camp Fire, which has already claimed the lives of 42 people, according to The Sacramento Bee. The NFL said it would have relocated the game if the Air Quality Index surpassed 200.

Monday's football game wasn't the first sporting event to be affected by the wildfires. On Sunday, the Oakland Raiders and the Los Angeles Chargers played in Oakland, where fans were given masks to protect them from the potentially dangerous air while watching the game.

Also Sunday, smoke from the wildfire was seen billowing into the Golden 1 Center in Sacramento during a game between the Sacramento Kings and Los Angeles Lakers. Lakers star LeBron James was one of several players who complained about the air quality after the game. 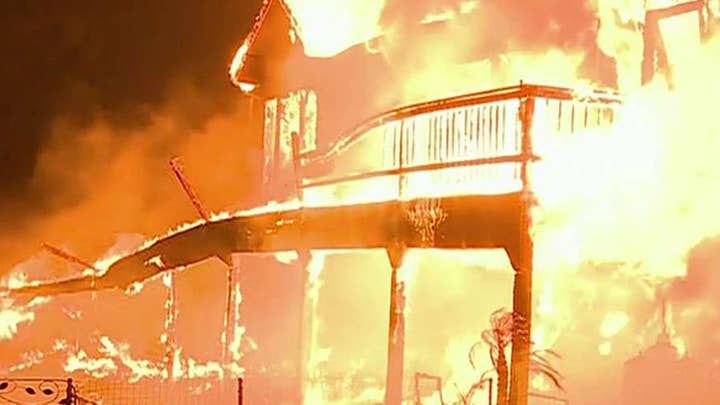