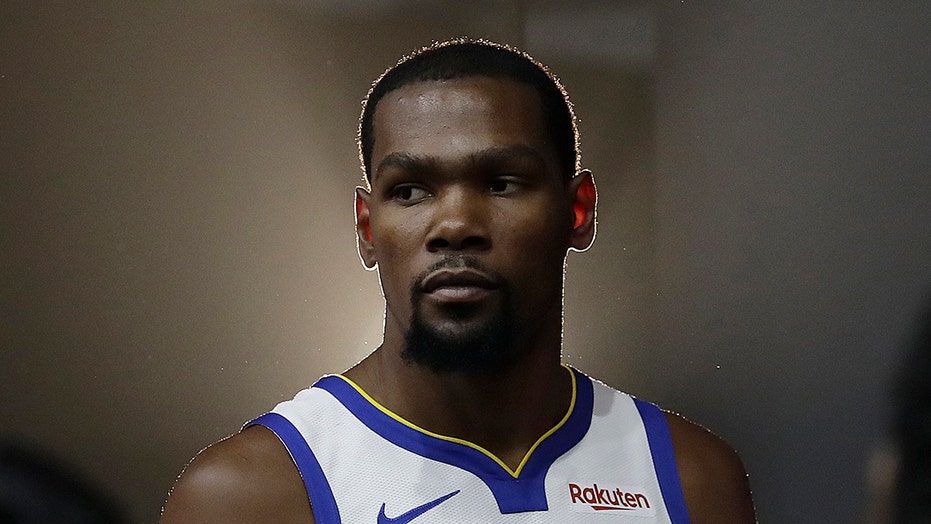 Kevin Durant might be superhuman on the court, but off the court he appears to enjoy the same things mere mortals do – especially on his birthday.

The newest Brooklyn Nets star celebrated his 31st birthday with teammate Kyrie Irving on Sunday at Dave and Buster’s in New York City. Durant was able to get some shots in at the pop-a-shot even though he is still rehabbing from a ruptured Achilles tendon, which he suffered in the playoffs.

Durant and Irving were introduced as members of the Nets for the first time last week.

While rumors swirl of Durant potentially playing for the Nets in his first season, Brooklyn General Manager Sean Marks put the speculation to rest during the team’s media day. Marks said he understands Durant would want to play, but the franchise is taking a “long-term approach” with him.

“His rehab’s going very well,” Marks said, according to the New York Post. “With Kevin, I think what we’re going to say is the expectations are that he’ll be out for the year. We’re not going to plan on him playing.”

Irving also addressed the media last week and said the death of his grandfather weighed heavily on him during his final season with the Boston Celtics.

“I didn’t take the necessary steps to get counseling or get therapy or anything to deal with someone that close to me dying,” he said. “I never dealt with anyone like that. So, for me, I responded in ways that are uncharacteristic and, like I said, I had to acknowledge that fact.”

Irving said he wanted to re-sign with the Celtics but his home life “has way higher precedence than the organization or anyone and I barely got a chance to talk to my grandfather before he passed, from playing basketball.” He said he thought he could “battle through” his struggles through the team.

“And I failed these guys in a sense that I didn’t give them everything that I could have during that season, especially without the amount of pieces that we had,” he said. “My relationship with them personally were great, but in terms of me being a leader in that environment and bringing everyone together, I failed.”