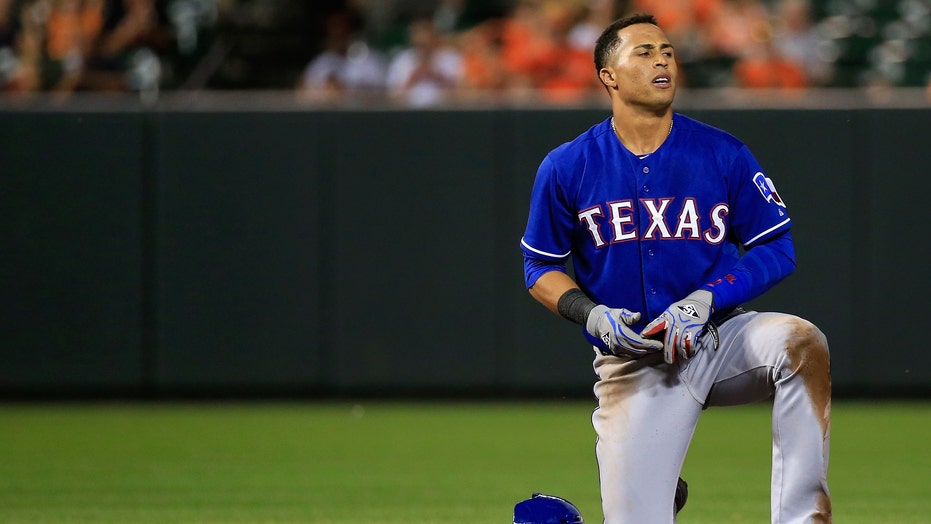 Major League Baseball’s Texas Rangers should change their team name because of its ties to brutality and racism, a Chicago Tribune columnist argued Thursday.

Steve Chapman wrote that the Rangers were “revered” in Texas but “the legends omit a lot of the reality.” Chapman cites the book “Cult of Glory: The Bold and Brutal History of the Texas Rangers” by Doug J. Swanson as the main reason for the organization to change the name.

“They burned peasant villages and slaughtered innocents,” Swanson wrote in the book. “They committed war crimes. Their murders of Mexicans and Mexican Americans made them as feared on the border as the Ku Klux Klan in the South.”

Chapman added: “A century ago, during the fighting that took place along the border during the Mexican Revolution, blood flowed like the Rio Grande."

According to Swanson’s book, “The terms ‘death squads’ and ‘ethnic cleansing’ would not enter common usage for another sixty years or so but that was what the Rangers were and what they did.”

Chapman wrote that the Rangers’ “name is an affront to Hispanics, African Americans and anyone who favors racial equity. It should be an intolerable embarrassment to the owners and fans.”

The Rangers came into existence in 1972 when the Washington Senators moved from D.C. to Arlington, Texas. The Rangers' name was protested when the team moved to the city, Domino Garcia – a former Dallas councilman and current national president of United Latin American Citizens – told the Chicago Tribune.

“We’ve been the victims of Texas Ranger violence since the 1800s,” Garcia said.

ESPN’s Buster Olney also mentioned in his own column earlier this week the Rangers may consider a name change.

He wrote: “Given the current context in this country, with so much of its history under reexamination, it will be interesting to see if the owners of the Texas Rangers will be pressured to consider a change.”

It’s unclear whether the Rangers would actually consider renaming their team. There hasn’t been much or any clamor for the name change as there has been for a team like the Washington Redskins.