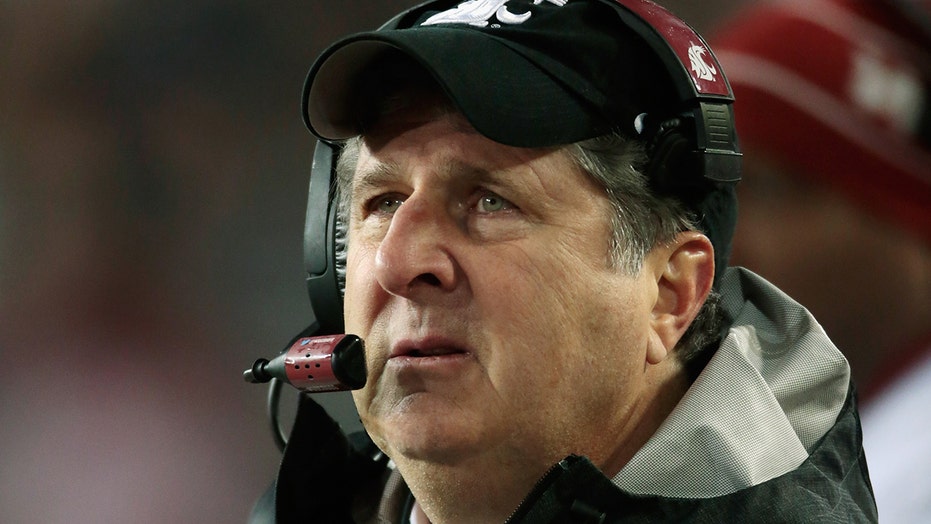 A Mississippi State football player made the decision to transfer schools after coach Mike Leach posted a tweet depicting an elderly woman knitting a noose.

Fabian Lovett decided he will to transfer from Mississippi State after talking with his father and other coaching staff members about it, the Clarion-Ledger reported Saturday. Lovett’s father, Abdual, told the newspaper he didn’t feel comfortable with Leach being the coach.

“I didn't feel comfortable with my son being down there with a guy like that from a leadership standpoint — that you can just throw anything out there,” Abdual Lovett told the Clarion-Ledger. “I feel if he can do it, the kids are going to feel like they can do it.”

Leach deleted the tweet and offered an apology, but Abdual Lovett said it wasn’t enough. He added that he didn’t want to reach out to the coach, who joined the Bulldogs from Washington State earlier this year.

“If he was sincere about it, he should at least call me instead of it being the other way around,” Lovett said of Leach. “At least text my number if you can't call me. He hasn't called, unlike these other coaches who are trying to recruit [Fabien].”

According to Rivals.com, Fabien Lovett was a three-star defensive tackle going into Mississippi State. It’s unclear where he will sign now. Memphis, Ole Miss, and Purdue were among the schools interested in Lovett in 2018 when he committed to the Bulldogs.

Leach's picture depicted an elderly woman knitting, the Clarion-Ledger in Jackson, Mississippi, reported. The caption read, “After 2 weeks of quarantine with her husband, Gertrude decided to knit him a scarf...”, but the picture showed her knitting a noose with the hangman’s knot already tied, the newspaper reported.

Leach deleted the tweet and apologized in a post that read: “I sincerely regret if my choice of images in my tweets were found offensive. I had no intention of offending anyone.”