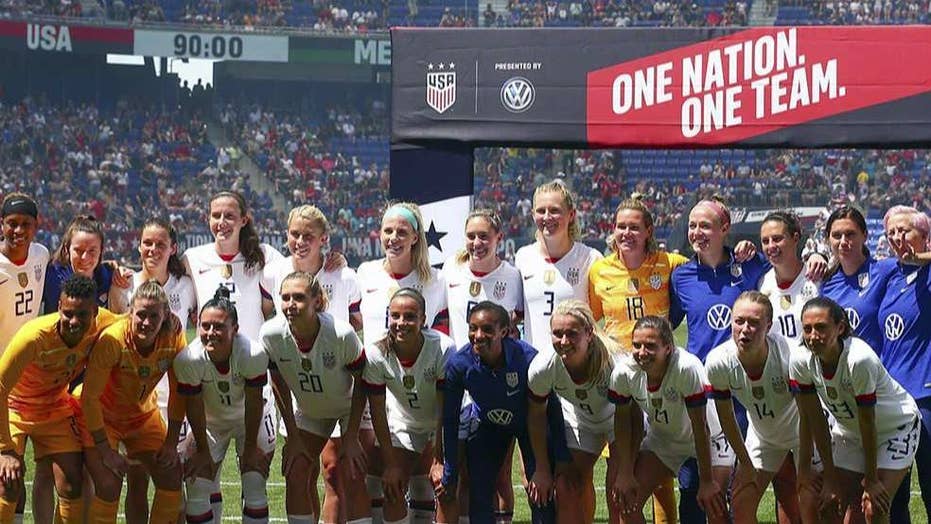 USWNT stars tell Carley Shimkus that spirit and mentality define the team as the FIFA Women's World Cup kicks off in France.

U.S. women’s soccer forward Jessica McDonald and her 7-year-old son appear to have an inseparable bond which has been warming many hearts ahead of her match against France.

On Friday, McDonald and her son, Jeremiah, embraced before McDonald was set to warm up for her pivotal quarterfinal match. Jeremiah wore a No. 22 jersey with the name “Mommy” on the back.

As McDonald told her son she had to go, Jeremiah gave her a good luck kiss. The two then performed their secret handshake as McDonald walked off the field.

Earlier this week, McDonald and her son shared a loving embrace upon his arrival to France. Jeremiah was not around to watch his mother’s first few games.

McDonald, 31, opened up to The Associated Press about her son coming to watch her play in the latter stages of the tournament.

“He doesn't fully understand, but at least he's at an age right now where he's actually going to remember this,” she told The AP. “He's going to look back and be like, 'Wow, I was there. Wow, my mom actually is cool — like she said.’”