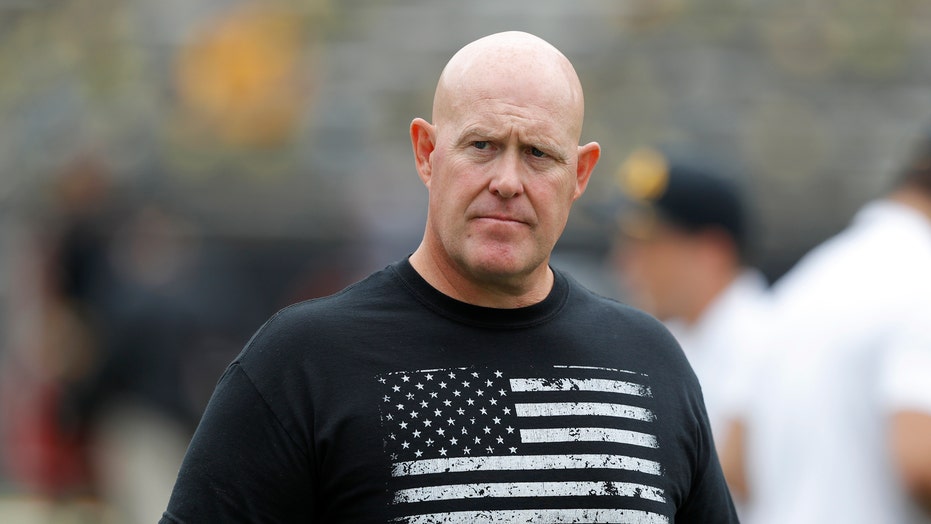 The Iowa football team cut ties with strength coach Chris Doyle on Monday. The separation agreement will pay him more than $1.1 million after he was accused of mistreating African American players.

Iowa athletic director Gary Barta gave a vote of confidence to longtime football coach Kirk Ferentz after he had to address former and current players' concerns about the program's culture. Barta also pointed to Ferentz's on-field success, player development, and the team's record of community service.

“I do remain confident Kirk Ferentz can lead this team moving forward and many of the attributes we’re all familiar with over the last 20 years ... are still there and still a part of the foundation and who Kirk is,” Barta said at a news conference.

Doyle, who earned $800,000 per year and was the highest-paid strength and conditioning coach in college football, has denied any “unethical behavior or bias” based on race. Under the agreement, Doyle will be paid 15 months' salary and for unused vacation. There will be two payments of $556,249.50 — the first on Aug. 1 and the second on Jan. 1. Doyle agreed not to take any legal action against the university, the board of regents, or the state of Iowa.

“I have worked diligently to make a positive impact on the lives of student-athletes, support them as they speak out, and look forward to continued growth,” Doyle said in a prepared statement. "I am confident that my record and character will be confirmed in the course of the independent review. The university and I have reached an agreement and it is time to move on from Iowa football. My family and I are looking forward to the next chapter.”

Ferentz is Iowa's all-time wins leader and enters his 22nd season as the longest-tenured coach of a Football Bowl Subdivision program. Ferentz earned $5.5 million last year after bonuses, and his contract runs through the 2025 season.

Barta became emotional during the news conference, choking up on two occasions he mentioned race relations in his athletic department and in the United States.

“One thing I wanted to do, and it’s really important to me, is to say I’m sorry to former student-athletes, coaches, staff, current student-athletes, anybody who has had a negative experience with Iowa football,” Barta said. "When I say negative — if you felt mistreated, misled, discriminated against, whatever the case, I truly am sorry. We want everybody who participates in our program to have a great experience academically, athletically, and socially.”