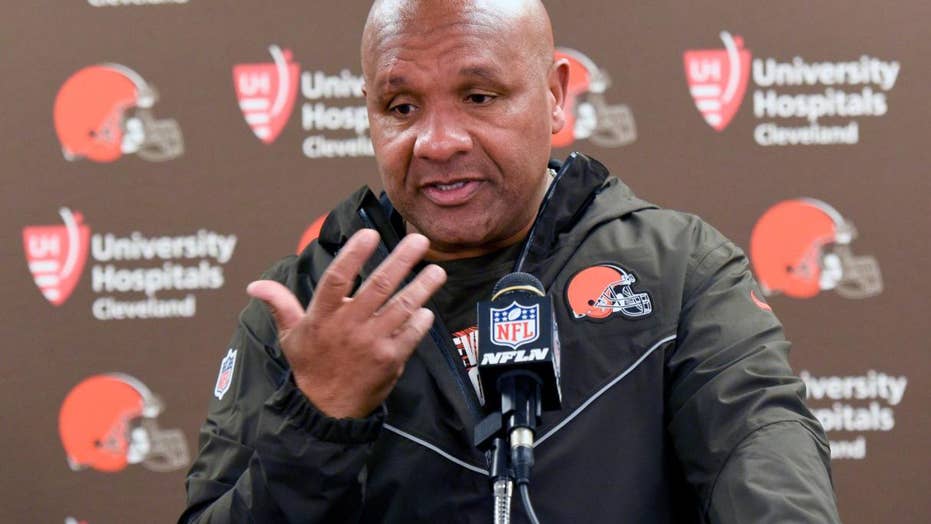 The Cleveland Browns have reportedly fired Hue Jackson after fewer than three seasons. In that time Jackson’s record was 3-36-1.

He talked about his dismissal on FOX Sports’ “Fair Game with Kristine Leahy” on Tuesday and confirmed that he told Dorsey and team owner Jimmy Haslam to get “the f—k out of my office” when the two came in to fire him.

“I just didn’t believe that the reasoning that was behind it that the team had quit — I wasn’t buying that,” Jackson told Leahy. “We played in too many overtime games. We had too many opportunities to win games early in the year. So I felt that was disrespectful coming from John Dorsey.”

Jackson added: “Go back and look at those first two years to get the team to keep playing and then look at [2018], I thought there was improvement happening. Obviously, we had games that we could’ve won that we didn’t win. At the end of the day, we didn’t. But I sure thought we were well on our way to improving.”

When asked what he would have done different, Jackson said he would have stayed as the offensive coordinator. He admitted that he’s not a “CEO” of an organization and would rather be a “play-caller.”

The Browns chose Gregg Williams to replace Jackson in the interim. Cleveland then gave Freddie Kitchens the head coaching job prior to the start of the 2019 season.