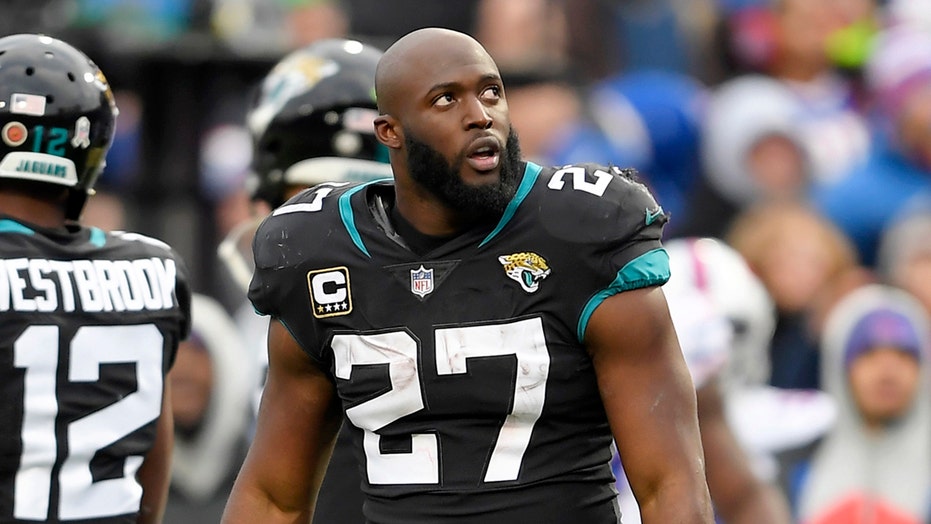 Leonard Fournette feels he and the Tampa Bay Buccaneers are an ideal match.

The former Jacksonville running back practiced with his new team for the first time Tuesday, and the two-time 1,000-yard rusher is excited about having an opportunity to revitalize his career in a talented offense led by six-time Super Bowl champion Tom Brady.

“I just think me coming to Tampa made perfect sense,” Fournette said, speaking for the first time since agreeing to terms with the Bucs after being released by the Jaguars last week. “I feel they had all the keys that I need and vice versa. I could help the team out, and also they can help me. ... It’s a perfect fit for me."

“I think this probably will be one of my first seasons running in probably a six-man box,” the fourth overall pick in the 2017 draft said.

“The defense has to game plan against eight guys and not just one,” Fournette added. “I think that opens a variety of things for a lot of guys on our team."

And he’s certainly not underestimating the value of joining forces with Brady, a three-time league MVP who led New England to nine Super Bowl appearances over the past 20 seasons.

“For the first time in my life I really have a quarterback, so that’s an outlet for me. Not a lot of pressure’s going to be on me,” said Fournette, who as a rookie helped the Jaguars reach the AFC championship game against Brady’s Patriots.

“I’m happy to be back there with one of the greatest or the greatest to play this game," the 25-year-old running back added.

Fournette and McCoy, who signed with Tampa Bay in August after winning a Super Bowl ring last season as a reserve in Kansas City, also will play prominent roles in the offense — beginning with this week’s season opener at New Orleans.

Fournette spent a couple of days over Labor Day weekend poring over the playbook and getting acquainted with Brady before the Bucs reconvened for practice Tuesday.

“Obviously he can’t do everything. But he’ll have a solid role in the plan for the week,” Arians said.

Despite helping the Jaguars make a deep run in the playoffs three years ago, Fournette gradually fell out of favor in Jacksonville.

Attempts to trade him persisted even after he rebounded from a subpar 2018 to rush for 1,152 yards and catch 76 passes for 522 yards last season.

The Jaguars’ fortunes dipped, too, with the team slipping from championship contention to a club that’s parted ways with several key players over the past two years.

Fournette shrugged off a question about why things didn’t work out in Jacksonville.

“I don’t know. Times change everything. I’m moving past that,” he said. “My time there was great. I made a bond with a lot of coaches and some of the players that are my brothers for life.”

The 6-foot, 228-pound native of New Orleans, who’ll play in his hometown for the first time as a pro on Sunday, insists he’s not concerned about having to share the workload in Tampa after being an every-down back in Jacksonville.