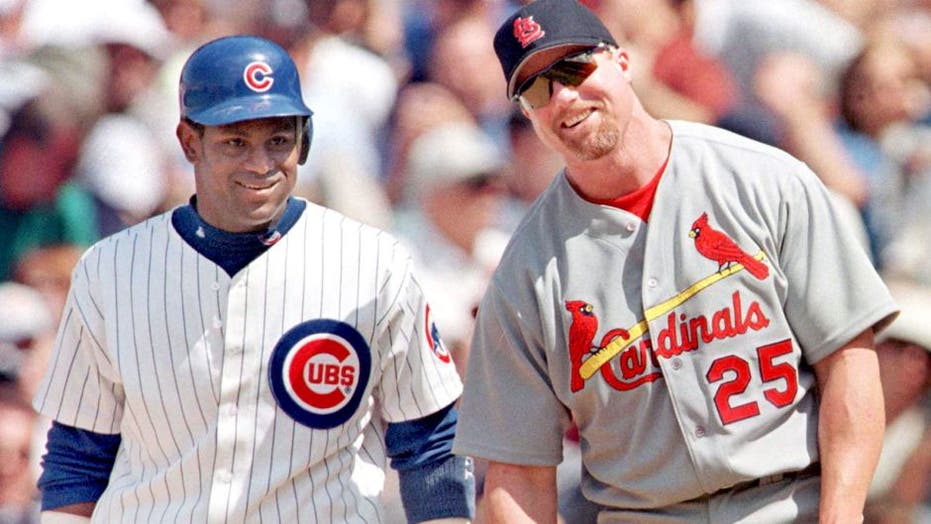 The story of Mark McGwire and Sammy Sosa’s home run race during the 1998 season is about to be rehashed in an upcoming ESPN documentary on Sunday.

And while the memories of the dingers both players hit during the season have faded over time thanks to the steroids scandal that proceeded afterward, one former pitcher told ESPN he doesn’t “feel cheated.”

Rick Reed was a pitcher on the New York Mets during the 1998 season. He faced off against the St. Louis Cardinals and Chicago Cubs twice during that season. He was able to take care of business against Sosa but he allowed McGwire’s 13th and 51st home runs of his 70 home run season.

“He was just big. I was like, 'My God, can we just get this at-bat over with?’” Reed told the outlet. “Every time he came up, my thinking was, 'Please, God, just don't let him hit the ball back up the middle. Let him hit it anywhere he wants to but not back up the middle.’

“When I was in the minor leagues, Randy Velarde hit a ball back up the middle, and I kid you not, that hit the button on the top of my hat. If McGwire had hit one back up the middle, I could only imagine what it would've looked like -- or sounded like. Because I wouldn't have seen it.”

McGwire and Sosa’s astonishing season would later be mired in PED scandals, but Reed said he didn’t care either way.

“I don't feel cheated one bit. As a matter of fact, I feel blessed that I got to face those guys,” he told ESPN.

“Bro, I was just lucky to be where I was. Now would I have done what other people accused them of doing [with PEDs]? No. If they did things that enhanced [their performance], they have to live with that -- I don't. I feel for them, but in another way, I don't. You made your bed, you have to lie in it.”

McGwire and Sosa’s 1998 season will be featured in “Long Gone Summer.” Both players would break Roger Maris’ home run record that season. McGwire finished with 70 and Sosa finished with 66. Sosa was the one, however, who won the MVP award that season