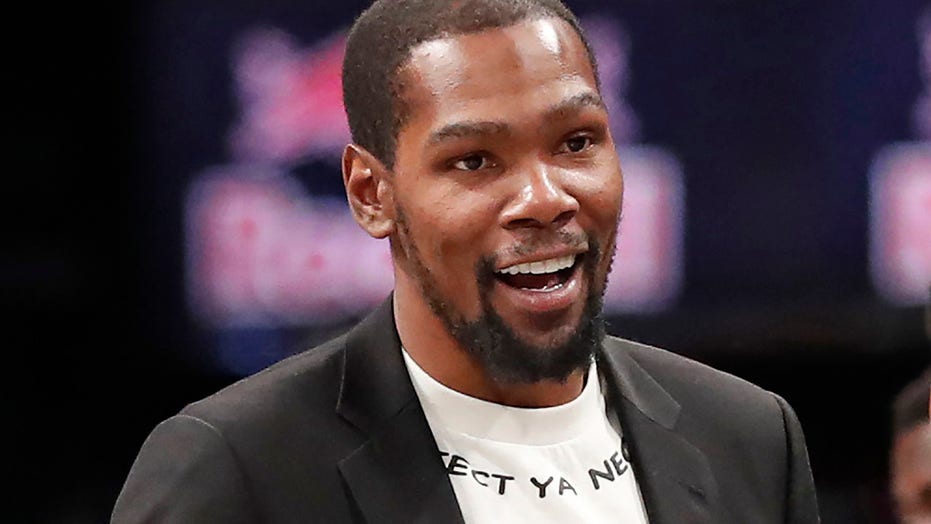 Durant, a 10-time NBA All-Star, has a 5% ownership stake, with an option for 5% more in the near future, the Union announced Monday.

“I’ve always been a soccer fan and have wanted to get into it in a meaningful way. My team and I felt an instant connection with the Philadelphia Union ownership and staff and their vision for a partnership," Durant said in a statement. "While you won’t get to see me at games for now, my team and I will be taking an active role in the community where I can help give back to Chester (Pennsylvania) and Philadelphia.”

The Union and Durant's Thirty Five Ventures, a firm he runs with sports executive Rich Kleiman, will partner to grow the team's profile and community outreach through the Kevin Durant Charity Foundation.

Thirty Five Ventures and the Union aim to develop community programs in Chester, Pennsylvania, home of the Union's Subaru Park, to address racial and social injustice as well as recovery efforts from the coronavirus pandemic.

“This partnership was months in the making and in the process, our teams got to know each other very well and understand the true potential for the future,” said Kleiman, Durant's manager and business partner. "We believe that Thirty Five Ventures and our expertise will attract new fans in Philly and beyond, so we’re excited to get started.”

Major League Soccer's season has been on hold since March 12 because of the pandemic. The 26-team league is set to restart next month with a World Cup-style tournament in Florida.

The NBA has been shut down since March 11, the night Utah center Rudy Gobert became the first player in the league to test positive for the virus. The NBA also is planning a restart at Disney World.

Durant, who has also played with Oklahoma City and Golden State over a 12-year NBA career, has yet to play for the Nets after rupturing an Achilles tendon last year with the Warriors in Game 5 of the NBA Finals against Toronto.

Durant, who was named the league's MVP in 2014 while with the Thunder, had in the past shown interest in D.C. United but nothing came of it. According to the Philadelphia Inquirer, the Union reached out to Durant.

The Union has increased its community outreach in the city, which lies southwest of Philadelphia. The team helped Chester High School bring back its varsity soccer team.

“From the first meeting between Kevin, Thirty Five Ventures, and our leadership team, it was evident that we shared a similar set of beliefs. We talked about the vision for our club and for the Chester and Philadelphia communities but also about what it takes to win," said Union principal owner Jay Sugarman. "We’re excited to have someone as forward-thinking and driven as Kevin become a partner in our organization.”

Sugarman told ESPN the Union is worth more than $325 million, putting Durant's stake at $16.25 million, at minimum.

Durant is not the first NBA player to buy into an MLS club. Houston Rockets star James Harden joined the ownership group of the Houston Dynamo and the NWSL's Houston Dash last year. Russell Wilson of the NFL's Seattle Seahawks owns a stake in the Seattle Sounders.