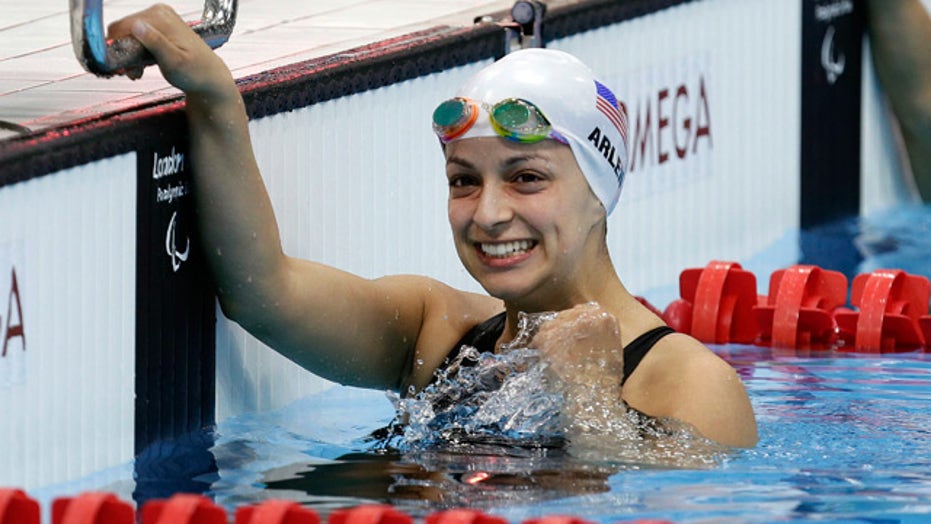 The International Paralympic Committee recently ruled that a champion swimmer cannot take part in the upcoming Paralympic Games because she might not be permanently disabled.

"It's shocking and bizarre," Victoria Arlen, the swimmer from Exeter, told WBZ-TV. "I feel like I am being penalized for having hope."

Arlen was paralyzed from the waist down due to illness seven years ago. She resumed competitive swimming at the age of 16. And at last year's Paralympics in London, the teenager set a world record and won a gold medal in the 100-meter freestyle and silver medals in three other races.

On Monday, she learned she was deemed ineligible for the Montreal games based on the possibility of future treatment, her father said. She has been training all year for the games and is devastated not to be competing, Larry Arlen said.

"We believe the International Paralympic Committee should investigate this matter further, as well as reevaluate the para-swimming classification process so that young athletes are never put through a similar situation,” U.S. Sens. Jeanne Shaheen and Kelly Ayotte said in a statement. New Hampshire Governor Maggie Hassan joined others critical of the ruling.

Shortly after the ruling, Arlen took to Facebook and posted she was ‘heartbroken’ over the ruling.

"To have trained so hard this past year and come so far only to be humiliated and targeted by the IPC for reasons unknown baffles me. "

NESN.com reports that Arlen suffered a neurological disorder of the spinal cord seven years ago. At one point, she fell into a three-year coma.