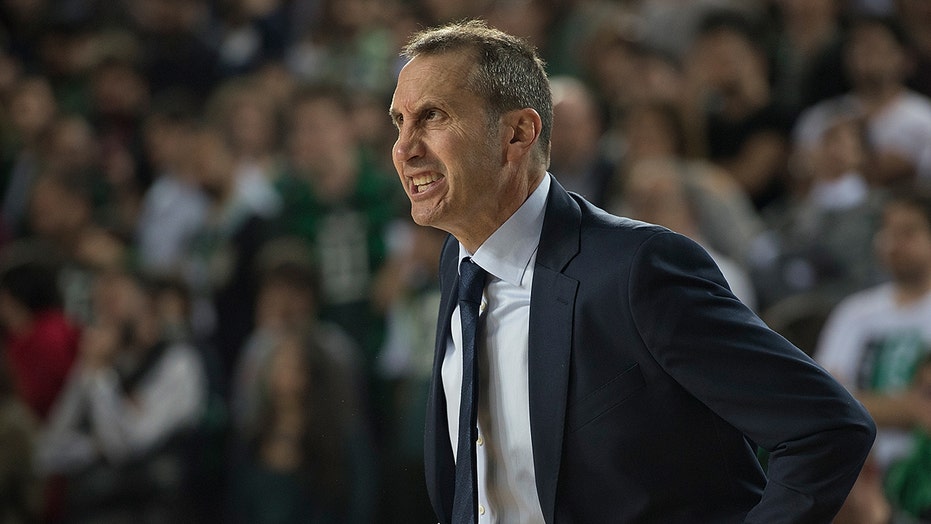 Blatt, 60, said in a statement issued by his current organization, the Greek team Olympiakos, that he was diagnosed with multiple sclerosis “a few months ago” and has experienced fatigue, weakness in his legs and balance problems.

“This fight is real and constant and non-ending as there is no cure for this disease, but it is not lethal,” Blatt said in the letter, according to Euro Hoops. “There are many that have even greater challenges and all must fight their own battles. All must have courage and determination and never give up attitudes to move forward and live life with the greatest quality possible. Forget the why in this case.”

Blatt said the next step in his fight is to “go to work.”

“We make a plan. We work hard every day. We keep our head up. We adjust, adapt, modify and seek ways to improve or maintain," he said. "We educate ourselves. We find people we can share with and can help us. We are open and honest with ourselves and with others seeking awareness and not hiding or shying away from the perception of vulnerability …”

Blatt had a successful coaching career overseas before he coached the Cavaliers from 2014 to 2016. He was fired in the middle of the 2015-2016 season and replaced by Ty Lue. He then returned to Europe to continue coaching basketball.

He has been with Olympiakos since 2018.