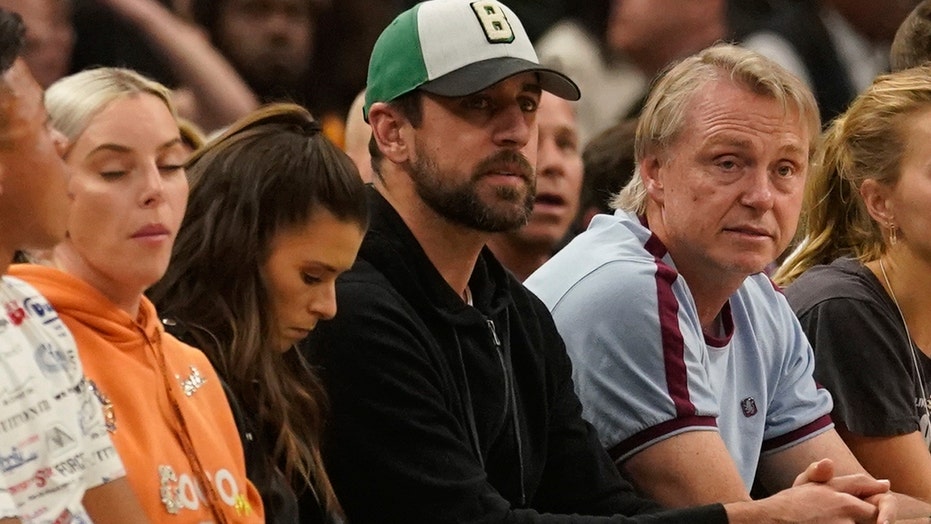 One overzealous fan sitting behind the couple decided to buy Patrick and another woman sitting next to the former NASCAR driver a cup of what appeared to be wine.

Patrick attempted to give the man money for the drinks, but he refused.

A stoic Rodgers didn’t appear to have any reaction to the nice gesture. The woman sitting to Patrick’s right seemed to be surprised by the entire scene.

It’s unclear who the man was who bought the drinks.

It appeared that everyone in the grouping was a fan of the Bucks, which is good, because they all watched Milwaukee defeat Boston, 116-91, to advance to the Eastern Conference finals for the first time since 2001.