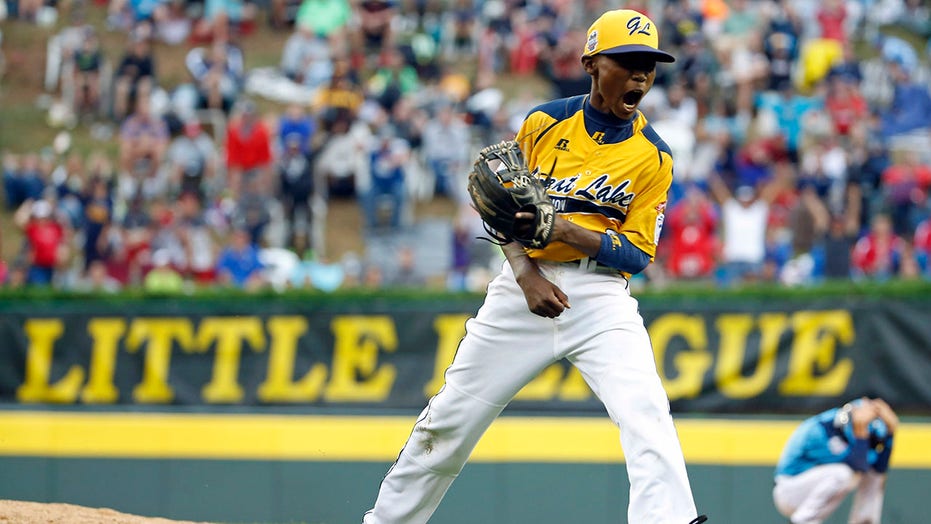 Ed Howard lost his senior season because of the coronavirus pandemic. Prom was canceled. Same for graduation at Mount Carmel High School on Chicago’s South Side.

Through it all, the 18-year-old Howard kept working. And he got rewarded Wednesday night.

The athletic shortstop was selected by the Chicago Cubs with the No. 16 pick in the Major League Baseball amateur draft, becoming the first Illinois high school position player to go in the first round since Jayson Werth in 1997.

“It's very exciting, not only to get selected in the MLB draft, but to be staying home, going with a hometown team,” Howard said. “So it's a surreal moment.”

Howard also started for the 2014 Jackie Robinson West Little League team that advanced to the finals of the Little League World Series.

“As far as what stands out to us on the field, he's got an electric skill set,” said Dan Kantrovitz, vice president of scouting for the Cubs. “He's a plus shortstop. He's got pop in his bat. He can run. He can impact a game in so many ways and we think he's got a chance to be a star.”

Kantrovitz, who joined the Cubs' front office in December, flew from California to Chicago in January to watch Howard work out at Wrigley Field and meet with the infielder and his parents.

Kantrovitz also was part of a Zoom call with Howard in the spring. Howard wore his baseball mitt during the meeting.

“It wasn't something that I think he expected us to notice or even see,” Kantrovitz said. “You could only see it for just a couple seconds there. ... The moment that we realized he was wearing his glove and was just champing at the bit to get on the field and take ground balls and play, we knew that he had the intangibles that we were looking for.”

Howard, who has committed to the University of Oklahoma, said he's always playing around with his glove at the house.

“I love playing the game,” he said.

Howard also impressed the Cubs when they asked him about the challenge of playing for one of his two hometown teams.

“I was looking forward to it,” he said. “I wanted to be a hometown kid. I'm excited it's with the Cubs.”

The selection of Howard, one of the top black prospects in the draft, comes after the Cubs announced Monday they are working on the formation of a diversity committee to help improve the organization’s standards and practices.

President of Baseball Operations Theo Epstein also said he has been examining his own hiring practices recently amid protests across the country — and the world — over racial injustice.

“The majority of people that I’ve hired, if I’m being honest, have similar backgrounds as me and look a lot like me,” Epstein said. “That’s something that I need to ask myself why. I need to question my own assumptions, my own attitudes. I need to find a way to be better.”

Howard, who heard from Cubs stars Jason Heyward and Kris Bryant after he was drafted, said he agreed with Epstein's comments about making diversity a priority.

“There's a lot of African-Americans that can play,” Howard said. “There's not that many in the league right now, but I definitely think there's a lot more coming. I'm a guy, this is my draft day, so you know in a few years I'll be there.”

“I feel like with what's going on in the world, it's real crazy,” he continued. “We've all got to come together and realize that we're all the same. We're all human.”