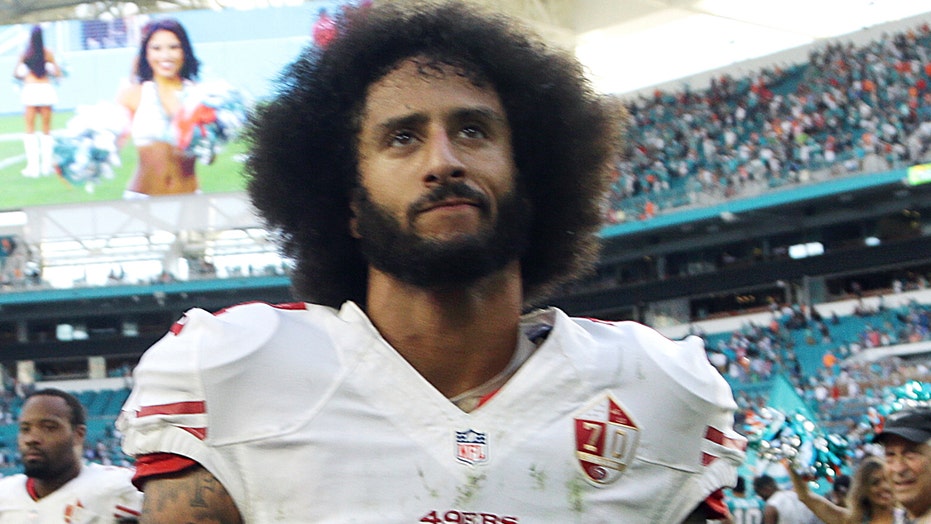 Some viewers boycotting the league

San Francisco 49ers quarterback Colin Kaepernick has been playing well enough lately that Sunday began with a report that he might opt out of his contract and become a free agent after the season.

A few hours later, he had been benched in favor of Blaine Gabbert – the quarterback he replaced as a starter in Week 6 – after putting together a historically bad passing day in a 26-6 loss to a Chicago Bears team that entered the game with a 2-9 record.

Kaepernick completed one of five passes on a snowy day at Chicago’s Soldier Field just one week after going 29-for-46 for 296 yards and three TDs – and running for 113 yards – against Miami.

He was mercifully pulled in favor of Gabbert early in the fourth quarter, but at least there was one bright spot for Kaepernick as he chases 2017 employment: Gabbert played so poorly – 4-for-10 for 35 yards in garbage time – that it would be hard for coach Chip Kelly to justify going back to him next week vs. the Jets.

Kaepernick, in fact, was surprised he was removed from the game at all.

"I am surprised," he told reporters after the loss. "It wasn’t something that was expected. I’m always prepared and ready to do anything I can to help this team win."