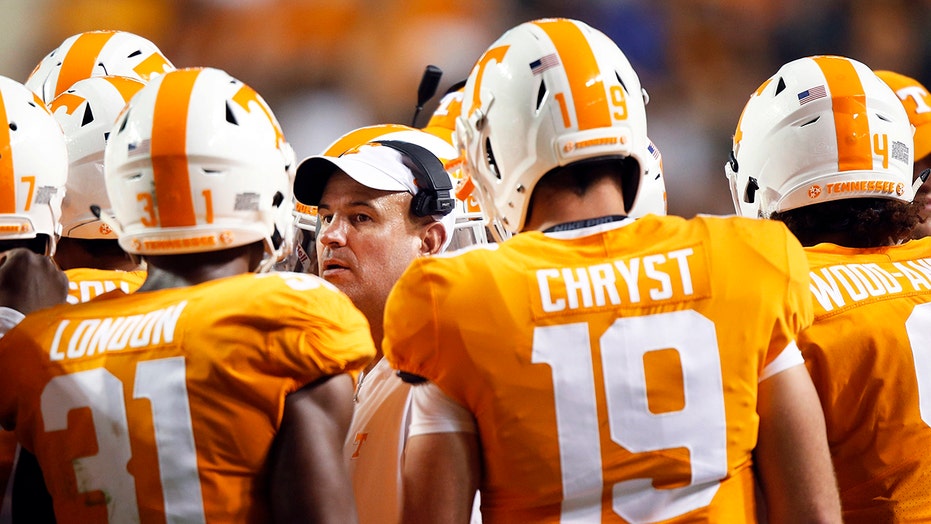 A planned scrimmage at Tennessee last weekend turned into a scaled-down practice when the Volunteers were without about 35 players due to COVID-19.

Coach Jeremy Pruitt said seven or eight players were in isolation after being infected and another 28 or so had been quarantined after it was determined through contact tracing they had been exposed to the coronavirus.

What remains of a college football season greatly pared down by the pandemic is about to ramp up this weekend. All summer long, college sports leaders have said they expect disruptions for the teams that have plowed ahead — and that has already been the case with about a dozen games postponed so far.

Outbreaks can leave teams unable to play, not just because they sideline the infected but also because anyone deemed a close or high-risk contact is required to quarantine for 14 days. That's where contact tracing comes in.

Contact tracing is part science and part sleuthing. Team doctors and athletic trainers are guided by local health departments and university protocols. Within conferences, medical staffs are trying to create as much consistency as possible in how to determine who plays and who sits.

Differences in who makes those judgments and how could loom large over this season.

“It’s important to us that we all have a level playing field and that we’re all following the same protocols and procedures so that the perception that one team has an unfair advantage is minimized and that we’re all doing the same protocols and the same health and safety standards for all of our student-athletes,” Klenck told AP before Pruitt revealed the Volunteers' predicament.

Start with the basics: The Centers for Disease Control and Prevention says any person who spends at least 15 minutes within 6 feet of a person who is infected with COVID-19 is deemed a high-risk contact and requires a 14-day quarantine. High-risk contacts can also involve touching or being sneezed or coughed upon by an infected person.

The NCAA adopted those standards in its return-to-play guidelines. But 6 feet and 15 minutes doesn't really work for a football game or practice.

"It’s a very complicated scenario and there’s lots of variables that play into that," Klenck said.

Whether in a game or practice, the act of playing football does not lend itself to many situations where people will be within 6 feet of one another for 15 minutes continuously. There is more of a chance that happens on the sideline, where coaches and players will be required to mask up.

"CDC guidelines ... those aren’t built for on-field scenarios, but they’re also not built for people who are being tested regularly," said Dr. Kyle Goerl, chief medical director at Kansas State.

All the major conferences still playing have said they plan to test players three times per week during the season.

The essential and frequent act of one player tackling another does not automatically make those individuals high-risk contacts who would be required to quarantine if one tested positive for COVID-19 soon after. The focus is more on face-to-face interactions.

“We’re constantly communicating with our peers, not only within the SEC but in the professional ranks,” Klenck said. “And to my knowledge, there’s not been any verified transmission of infection during a practice session or a game that we’re aware of.”

Of course, games have just started and there is plenty of real-time analysis and learning going on, said Tulane team physician Dr. Greg Stewart.

“Let's say you've got a D-lineman (who is positive) and you quarantine some of your O-line and over the next 14 days you test your O-line and none of them convert (to positive),” said Stewart, who heads the American Athletic Conference's medical advisory panel. “You know there was a significant amount of time that was face-to face with this defensive lineman — you slowly begin to get some level of comfort.”

Stewart said he will follow guidelines set by the AAC when it comes to contact tracing, but acknowledged his concern about tracing infections to on-field activities is relatively low. That isn't necessarily universal. Not all COVID-19 cases can be definitively traced back to one person.

Stewart said that uncertainty makes some more cautious about ruling out on-the-field transmission. And that could lead to different clinical judgments about who ends up in quarantine.

Dr. Doug Auckerman, athletic director for sports medicine at Oregon State, said in the Pac-12 — which has postponed its football season — judgments on what would constitute a high-risk contact could differ from state to state.

At any major college football program, practices are filmed from multiple angles. Klenck said the film is a huge help in contact tracing back to the field.

Klenck said Tennessee is looking into tracing technology, microchips that could be placed in shoulder pads and collect location data for players in relation to each other at games and practices. Still, if most transmission is happening in dorm rooms, apartments and at social gatherings, then human intelligence is vital to contact tracing.

That means relying on players to provide truthful information that could ultimately lead to 14 days away from their team without having contracted the virus.

The reliance on self-reporting and some of the gray area in these clinical judgments could prove a troubling mix, said Dr. Christine Baugh, assistant professor at the University of Colorado's Center for Bioethics and Humanities.

Baugh has written dozens of articles about how competitive pressures in college sports can lead to poor medical decisions. She compared the contact tracing of COVID-19 to concussion protocols.

“The parallel with concussion is that there are a lot of incentives lined up to keep athletes wanting to play," Baugh said.

There are NCAA rules intended to protect the autonomy of medical professionals and keep coaches out of the process. But Baugh said “it’s not always that autonomous.”

"There are a lot of dollars on the line. A lot of incentives," she said. "And I just am concerned for the athletes.”