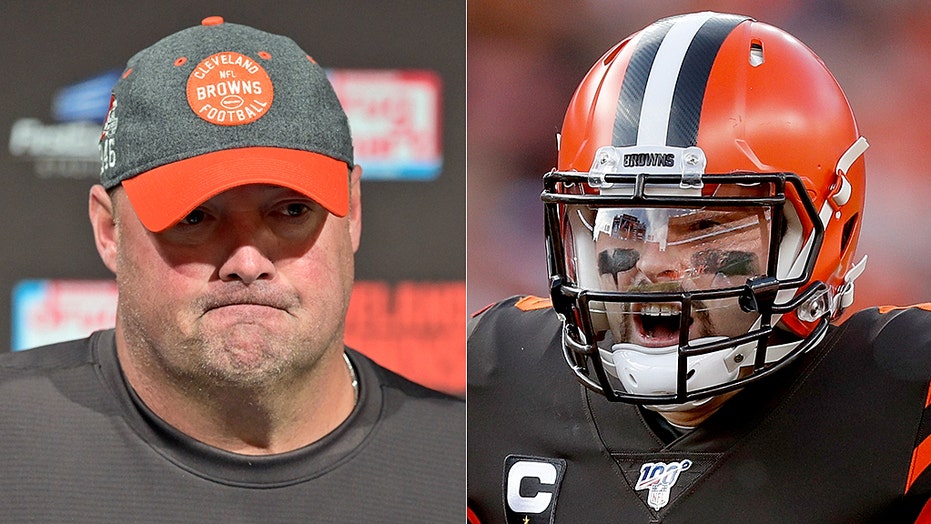 Cleveland Browns’ head coach Freddie Kitchens has given frustrated fans yet another reason to call for his dismissal.

While speaking to WKRK radio on Wednesday, Kitchens was asked what he made of quarterback Baker Mayfield’s unimpressive completion percentage stat of 58.7 percent.

"There's a lot of factors that go into that. I don't think he's just wildly missing passes. I don't really look at that,” he said before adding, “I truly do not look at stats."

Mayfield, 24, has struggled throughout his sophomore season as starting QB with one of the worst completion percentages in the league. He also shares the record for most interceptions so far, with Tampa Bay Buccaneers’ Jameis Winston at 12 overall.

Sports commentators noted this week following the team’s latest loss against the Denver Broncos, that Mayfield altered his facial hair more times during the game than he threw touchdowns.

Mayfield and the Browns are set to take on the Buffalo Bills with a 6-2 record Sunday.