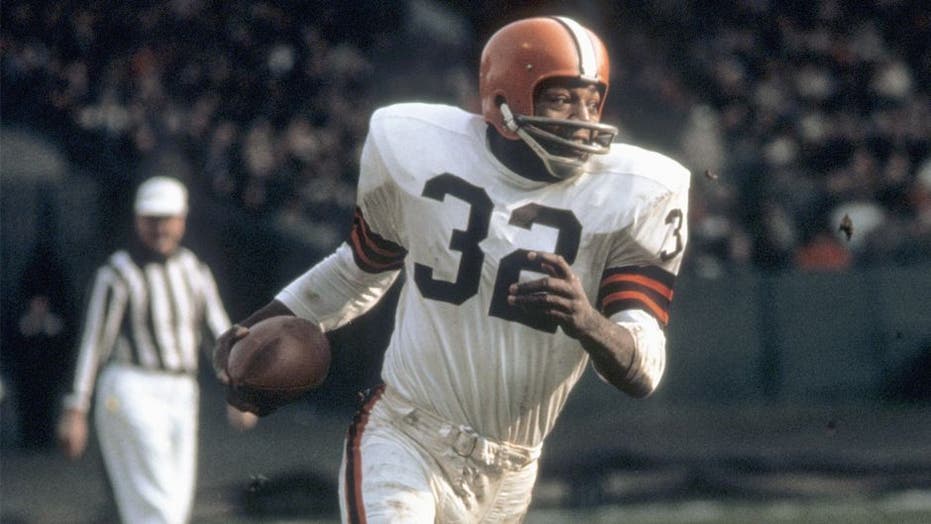 The Cleveland Browns were founded in 1944 as a franchise in the rival All-America Football Conference where they dominated, winning every championship in the league’s four years of existence beginning in 1946.

Head coach Paul Brown’s success with the team gave way to the Browns admission into the more established NFL in 1950 where they continued to be a competitive force. The Browns would go on to win the NFL's Eastern Conference championship for six straight years from 1950 to 1955 -- three seasons that resulted in NFL titles in 1950, 1954 and 1955.

The Browns' success began to dwindle in the mid-1970s. They made it to three AFC championship games in the late 1980s but lost each time. After three years of no play following a legal battle with then-owner Art Modell and the completion of a new stadium, the Browns began a new legacy in 1999 where, unfortunately, they have only made one playoff appearance in 2002.

But who would make a Mount Rushmore of Browns players? Take a look at the list below.

Running back Jim Brown #32 of the Cleveland Browns runs with the ball during a game in the 1960's at Municipal Stadium in Cleveland, Ohio. (Tony Tomsic/Getty Images)

Jim Brown is without a doubt the greatest player in Browns history and is considered as one of the greatest football players of all time.

The unanimous All-American out of Syracuse was drafted No. 6 overall by the Browns in 1957. In his nine seasons with Cleveland, he rushed for 12,312 yards and 106 touchdowns and still holds the NFL record for average yards per game at 104.3.

The nine-time Pro Bowler and eight-time First-team All-Pro won one NFL championship title with the Browns in 1964 and was elected in the Hall of Fame in 1971.

Quarterback Otto Graham comes in at a close second, having led the Browns through their most successful era to date.

The Browns dominated the AAFC with Graham leading the team to four championships with an impressive 52-4-3 record. He continued this well into his time in the NFL and has a career-high of 23,584 passing yards and 174 touchdowns.

A five-time Pro Bowler and four-time First-team All-Pro, Graham was named the NFL MVP three times and has three NFL championships between 1950 and 1955. He was elected to the Hall of Fame in 1965 and his No. 14 jersey has been retired.

Tight End Ozzie Newsome #82 of the Cleveland Browns warms up prior to the start of an NFL football game circa 1990 at Cleveland Municipal Stadium in Cleveland, Ohio. Newsome played for the Browns from 1978-90. (Focus on Sport/Getty Images)

Ozzie Newsome redefined the role of a tight end and is considered to this date one of the best in league history.

Newsome was drafted in 1978 at a time when the Browns were looking for some much-needed change. In his 13 seasons with the Browns, he had 7,980 receiving yards and 47 receiving TDs.

Newsome was named First-team All-Pro twice and was a three-time Pro Bowler. He was inducted into the Hall of Fame in 1999.

Lou “the Toe” Groza is the greatest kicker in Browns history and is among the top in league history.

In his astounding 21 seasons with the Browns, Groza undoubtedly contributed to the franchise’s most successful period. He made 264 field goals and 810 extra points as a kicker and 1,608 career points.

A nine-time Pro Bowler and four-time First-team All-Pro, Groza helped the Browns to win four NFL championships before retiring in 1967. He made it into the Hall of Fame in 1974.