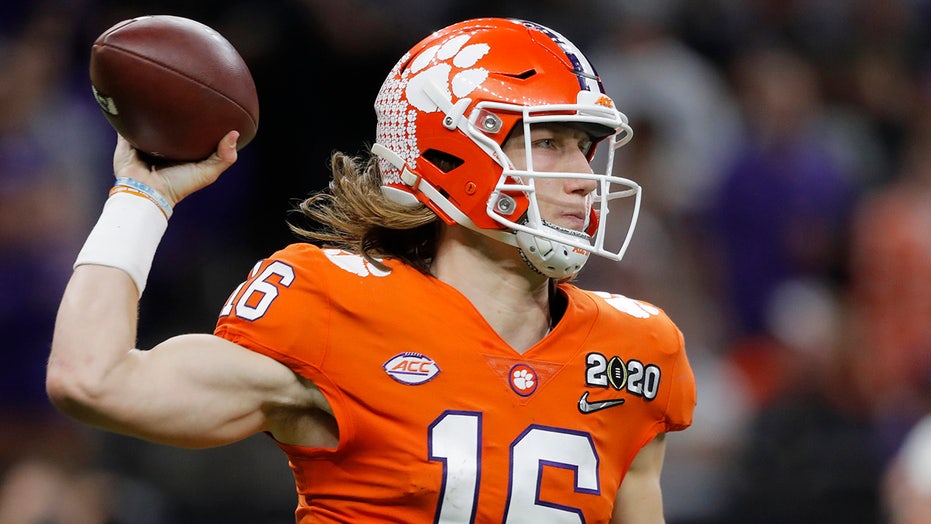 Lawrence was 18-for-37 with 234 passing yards and had a rushing touchdown in a 42-25 loss that was the first defeat of Lawrence’s collegiate career. He said after the game that he didn’t do enough to help Clemson win a second straight championship.

“I wasn't accurate tonight,” Lawrence said, according to ESPN. “Didn't put the ball where it needed to be, didn't give my guys a chance enough, and it comes down to that really, giving them a chance. And I just didn't do a good job of doing that.”

Lawrence had already vowed to focus on the 2021 national championship game no matter what the outcome was at the Mercedes-Benz Superdome in New Orleans.

“I’m going to be driven whether we won or lost,” the sophomore said, according to Yahoo Sports. “But, really, just the opportunity to make it back here and have a different outcome. It just sucks when you put so much into it like this group has and you fall a little bit short.”

He then revealed what Clemson coach Dabo Swinney told him after the game.

“He told me he loved me and told me the things we’ve been able to accomplish the last two years have been awesome. This one game doesn’t define me, and we’ll be back.”

Lawrence will be back for his junior season. Clemson is among the favorites to get back to the national championship.