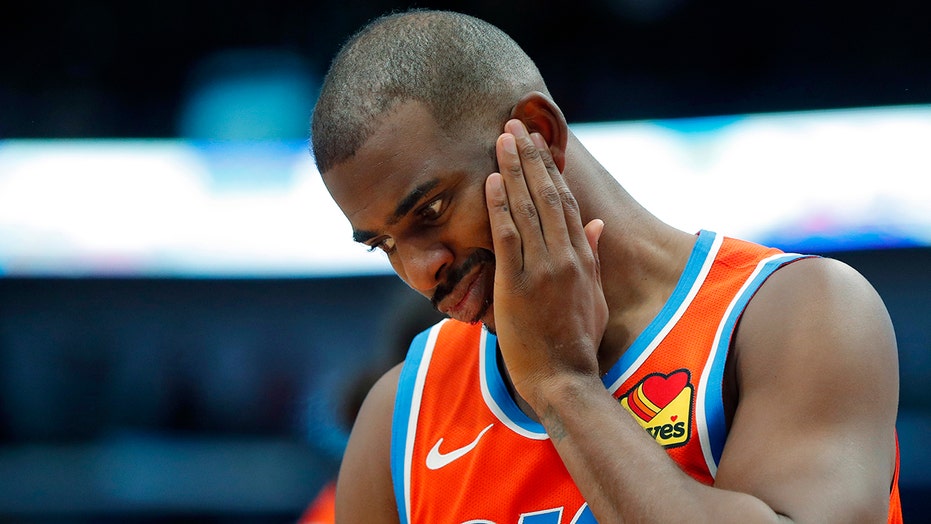 Oklahoma City Thunder star Chris Paul said in an interview Wednesday he was “shocked” when he learned he was traded from the Houston Rockets over the summer.

Paul was included in a blockbuster trade that saw the point guard go to the Thunder along with several draft picks for Russell Westbrook and other draft picks. The 34-year-old told The Undefeated he didn’t see it coming.

“I was shocked,” he said. “Truth be told, I just talked to [Rockets GM Daryl Morey] a couple days before the trade and he said he wasn’t going to trade me [to Oklahoma City]. That’s funny because that is going to be the alert that pops up on everybody’s phone because nobody knows that. But what the hell, I just said it.”

Part of the reason why Paul was traded may have been his reported feud with James Harden. The two reportedly did not get along and things boiled over in the playoffs. Paul told The Undefeated that he and Harden haven’t talked much since the trade.

LEBRON JAMES GETS AWAY WITH TRAVEL IN FIRST QUARTER OF BLOWOUT WIN VS. UTAH JAZZ

“It’s life. It happens. It is what it is. But I wish him nothing but the best,” he said of Harden.

In his first season with the Thunder, Paul has started in and played 20 games. He is averaging 15.1 points and 6 assists per game. Oklahoma City is 8-12 this season and are in 10th place in the Western Conference.