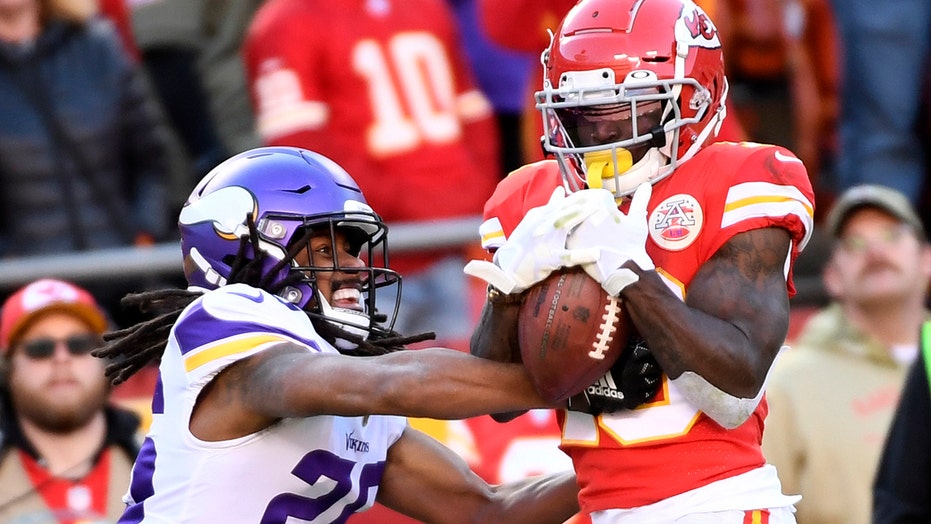 Kansas City Chiefs running back Damien Williams had an incredible 91-yard touchdown run against the Minnesota Vikings on Sunday, but it was Tyreek Hill who stole the show on the play.

While Williams broke away from the Vikings defense, Hill seemingly appeared out of nowhere and raced Williams to the end zone and won. Hill appeared to be about seven yards behind Williams as the running back broke free of the Minnesota defenders.

According to ESPN’s Bill Barnwell, Hill was running at 22.6 mph to catch Williams. It was the sixth-fastest max speed for any player over the course of the season.

The touchdown run was one of the longest of the year for any player and it came in a pivotal moment of the game. The Chiefs were down 16-10 about less than midway through the third quarter. Williams’ run helped the Chiefs to the win.

While Williams tallied 125 rushing yards on 12 carries and the touchdown, Hill had a pretty good game of his own.

Hill, whose nickname is cheetah, caught six passes for 140 yards and a touchdown.

The win was capped by a Harrison Butker game-winning field goal. The Chiefs moved to 6-3 overall with the win while the Vikings fell to 6-3.