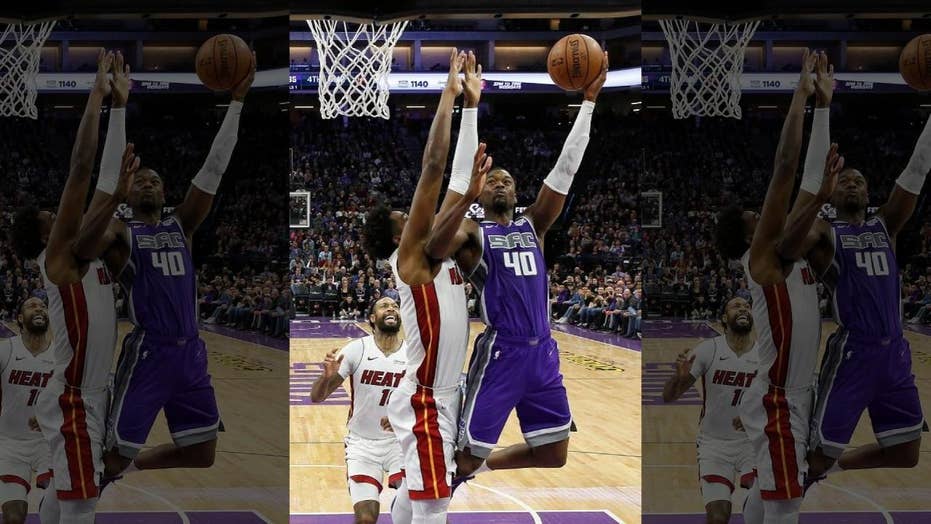 Two fans of the NBA's Sacramento Kings drew reactions on social media after wearing team jerseys saying "Build the Wall" and "Trump" on the back during a game against the Miami Heat on Friday, according to reports.

Daniel Goldsmith, 33, of South Lake Tahoe, Calif., told the Sacramento Bee that he is the one with the white "Build the Wall" No. 19 jersey, while his friend Pete Molinelli wore a black jersey with No. 1 that said "Trump."

Goldsmith said the pair did it just for laughs.

A photo of the friends with the jerseys went viral and garnered multiple reactions online after the game at Sacramento's Golden 1 Center.

“At the venue nobody really said anything except smiles and laughs, they thought it was funny,” Goldsmith told the Bee. “Nobody really had any opinions until the next day when I saw my phone and it was blowing up on Twitter.”

Then came the reactions:

"This is NOT Sacramento. This is not what my city stands for or what we as fans stand for. This is pure hate. And it's disgusting," TJ Macias tweeted in response to the photo.

But Goldsmith told the paper that he doesn't necessarily consider himself a Trump supporter, saying that he doesn’t “have enough knowledge about politics to have any sort of opinion.”

“I just do it to make my friends laugh, and it worked. Now I’m here. There’s really no other message behind it,” he said.

A representative of the Kings did not immediately respond to requests from the Bee for comment Tuesday about the fan jerseys and any policies the team or venue has regarding attire.