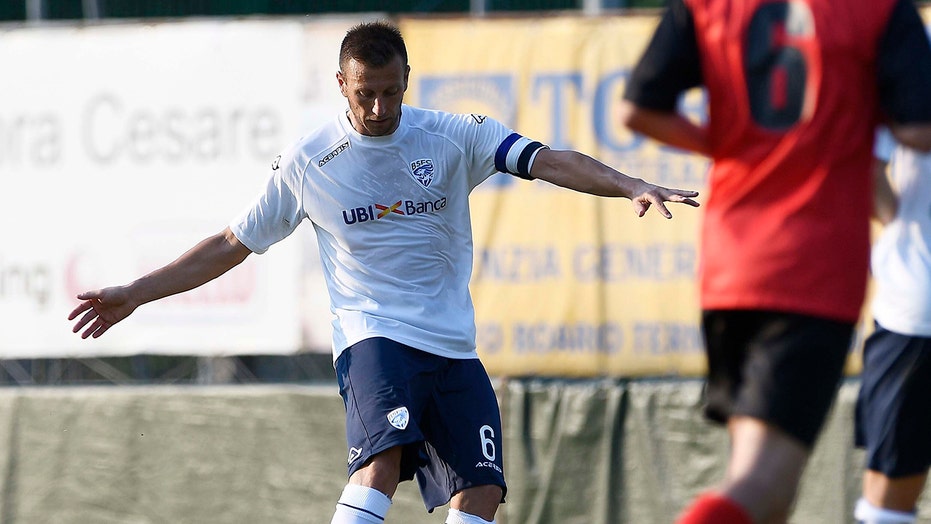 With his team based in the Lombardy region where nearly 15,000 people have died from the coronavirus, Brescia captain Daniele Gastaldello said his entire squad opposes resuming the Serie A soccer season.

“In Brescia we’ve all been touched,” Gastaldello told Italian daily La Repubblica in an interview published Thursday. “We all know someone who has been directly hit by the tragedy. We’ve realized how little it takes to ruin a family.”

While most clubs in the Italian league are resuming training on an individual basis this week, last-place Brescia is one of the holdouts.

“We don’t feel safe. They’re asking us to resume training and to get back out onto the field right away, concentrating 12 matches in 1½ months. It’s putting all of the players’ safety on the line,” Gastaldello said. “I’m speaking for me and for my teammates. If the price of resuming is us getting seriously injured, it’s not worth it anymore. … We’re afraid.”

Gastaldello said he and his teammates were never tested for the virus during the nationwide lockdown in Italy, so “we’ll know if we’ve had it only once they test us before training.”

Brescia president Massimo Cellino last month threatened to forfeit Brescia’s remaining games if the season resumes — and he said it has nothing to do with avoiding relegation.

Gastaldello echoed a statement by another relegation-threatened club, Eibar in Spain, which said it was “afraid” of playing again.

“Yes we’re afraid. We’re all exposed, not just the players but also the equipment managers, the physical therapists, the massage therapists,” Gastaldello said. “Everyone inevitably comes into contact.”

Soccer officials have floated the idea of secluding teams from their families in a sealed-off environment to conclude the season, or holding all of the matches in central and southern Italy —furthest from the virus hotspots.

There are players on other teams, however, who seem anxious to resume.

“A new beginning, a step forward,” Juventus center back Leonardo Bonucci wrote Wednesday on Instagram after returning to training. “Little things that let us look to the future positively.”

Gastaldello also suggested that a last-minute government decision on Sunday to allow clubs to resume training this week on an individual basis “wasn’t fair” because it resulted in some teams starting before others.

“We should have all started in unison,” he said.

Full team training is scheduled to resume on May 18, according to government guidelines, although no decision has been made yet about restarting matches.

Italian Premier Giuseppe Conte said he plans to meet with all of the soccer stakeholders to discuss the situation. Meanwhile, soccer authorities were to consider revising their health protocol in a meeting with the government’s virus task force on Thursday.

At least 16 Serie A players have tested positive for the virus since the league was suspended on March 9, when the government ordered a nationwide lockdown. The latest positive case involves an unnamed Torino player discovered in a pre-training test Wednesday.

Juventus standout Paulo Dybala and Atalanta reserve goalkeeper Marco Sportiello have both recovered from the virus after each continued to test positive for weeks.

There are 12 rounds remaining in Serie A, plus four matches that were postponed from the 25th round. Also, the Italian Cup semifinals were interrupted after the first-leg matches.

Gastaldello is getting tired of the constant discussions over what to do about the season.

“Whoever has the power to decide," he said, "should decide.”