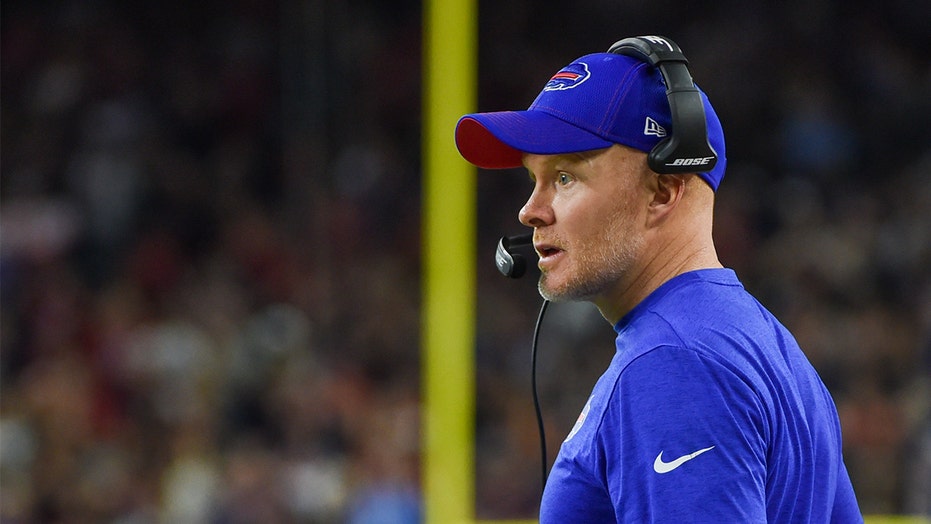 Buffalo Bills head coach Sean McDermott is backing his team when it comes to the players’ decision to kneel during the national anthem.

During a Zoom meeting with reporters on Wednesday, McDermott said he is “always going to support" his players.

“We’re always going to respect their position on things. And then we’re also going to do our part in listening and trying to educate ourselves, following it up with love. … That’s really to me, the right way to go about things. That’s what we’re all about. No hidden agendas. Trying to do things the right way. It starts with respect and ends with love.”

Several other coaches and players have come forward following the death of George Floyd, an unarmed black man who died while in the custody of Minneapolis police last month, to say that they would be kneeling during the national anthem to protest police brutality and social injustices.

Arizona Cardinals quarterback Kyler Murray said Wednesday that he would “definitely” be kneeling.

"I stand for what's right. That's the bottom line. I call it like I see it. I'll definitely be taking a knee."

Houston Texans star J.J. Watt also addressed a fan on Twitter who wrote that he was "pretty sure" the three-time Defensive Player of the Year would not be taking a knee, to which Watt responded, “Don’t speak for me .. If you still think it's about disrespecting the flag or our military, you clearly haven't been listening.”

Texans coach Bill O’Brien has said he would kneel with his players if they chose to do so during the anthem.