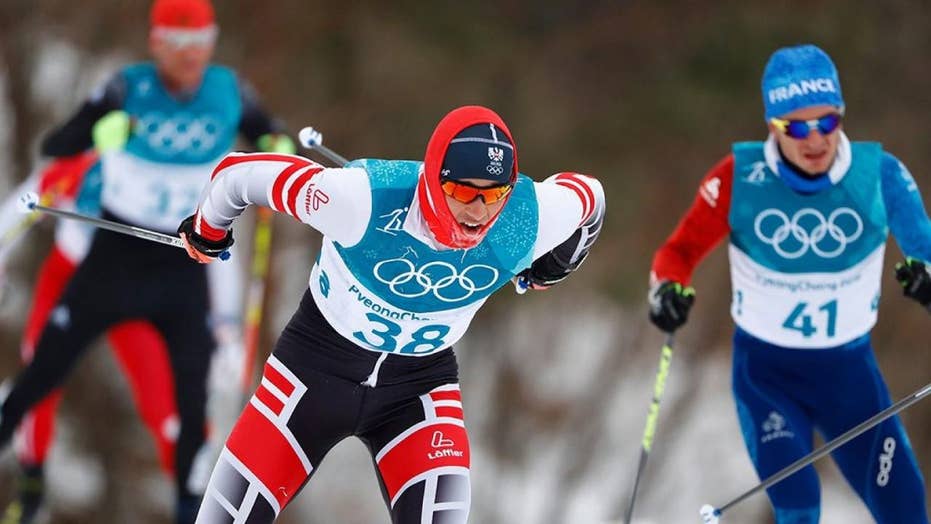 Shocking video has emerged of an Austrian Olympic cross-country skier caught in the middle of a blood transfusion as police raid a doping network at the Nordic skiing world championships.

A shocking video has emerged of an Austrian Olympic cross-country skier seemingly caught in the middle of a blood transfusion as police raid a doping network at the Nordic skiing world championships.

The leaked video, captured by an Austrian police officer and posted by Norwegian media outlet NRK, appears to show Nordic skier Max Hauke before taking part in a race as police storm the room.

“He was picked up with a blood transfusion in his arm,” FPO’s Dieter Csefan alleged. “Because of the information provided by the investigation, it was clear that this network has been at work for years and globally, too. Certainly, other sports will be affected, too.”

Blood transfusions are banned by all sports because they allow athletes to boost the oxygen levels in their blood, improving performance and endurance.

The officer who recorded and leaked the video has been removed from his job and is facing disciplinary proceedings.

Austria’s Federal Police Office said the Wednesday raids targeted “a doping network operating worldwide” and focused on Seefeld, where the world championships are taking place. The alleged doping network centered on a doctor who once worked with Tour de France cyclists.

Five skiers total – including four-time Olympian Alexei Poltoranin – were arrested in the raids. The others arrested were Austrian Dominik Baldauf and Estonian teammates Karel Tammjarv and Andreas Veerpalu.

Hauke – a double-Olympian who competed at Sochi and PyeongChang – and Baldauf worked for the Austrian police, according to a recent Austrian interior ministry news release congratulating them on finishing sixth place in the team sprint at the worlds.

“Athletes have been caught using unauthorized methods or substances. Unfortunately, it shocks me, two of our athletes are among them. They have been taken into custody, Baldauf and Hauke,” the federation’s sporting director for cross-country skiing and biathlon, Markus Gandler, told the APA news agency.

The doctor at the center of the case is Mark Schmidt, who worked for the Gerolsteiner cycling team around the time Austrian rider Bernhard Kohl was stripped of third place at the 2008 Tour de France for doping.

A customs officer walks behind a glass door of a house with a doctor's office during a doping raid in Erfurt, Germany, Wednesday, Feb. 27, 2019. Several people were arrested in doping raids in Austria and Germany during the Nordic skiing world championships. (AP)

Schmidt was arrested on Wednesday in Erfurt, Germany, where he has a medical practice.

The Austrian authorities said they worked with German counterparts who searched nine properties and arrested two people described as a "sports doctor" and an "accomplice."

"The Erfurt-based criminal group is strongly suspected of having carried out blood doping on elite athletes for years to increase their performance in national and international competitions and thereby to gain illegal income," the FPO said.

“I am getting nauseous. It is disgusting to look at,” Young told the outlet. “It’s not nice. It’s difficult. There is no room for it in sports and I did not realize that he was doing it.”

The World Anti-Doping Agency said it had helped with the Austrian investigation, adding "the raids were part of a wider police operation targeting criminals from a number of European countries."

It's also not the first time Austria's skiers have been suspected of doping. Six Austrian athletes in cross-country and biathlon were banned from the Olympics for life in 2007 after Italian police raided their accommodation during the 2006 Turin Games and found banned substances.