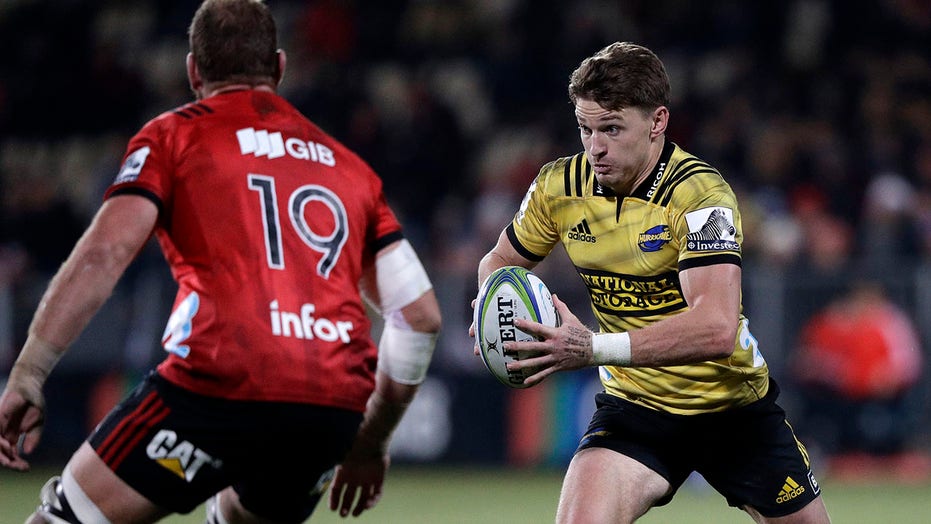 The cheers of the crowd will resound in New Zealand sports stadiums for the first time since March with more than 50,000 people expected to attend two matches this weekend in the opening round of Super Rugby Aotearoa.

More than 18,000 are expected at the first match in the New Zealand revamped professional rugby tournament in Dunedin on Saturday between the Highlanders and the Hamilton-based Chiefs. That’s close to capacity for the Highlanders’ indoor stadium.

At least 35,000 are likely to be at Auckland’s larger Eden Park on Sunday for the match between the Blues and the Wellington-based Hurricanes, teams which are studded with players from New Zealand’s All Blacks national team.

Star All Blacks flyhalf Beauden Barrett, who played more than 120 Super Rugby matches for the Hurricanes and is a two-time World Rugby Player of the Year, will make his first appearance for the Blues after moving his family from Wellington to Auckland.

The return of crowds to a major professional sports event for the first time since the coronavirus pandemic began is made possible by the New Zealand government’s decision to lift almost all restrictions on public gatherings following a strict lockdown. The move on Monday to what the government calls alert level 1 removes all limitations on crowd sizes and controls.

Fans will be able to sit shoulder to shoulder, to hug or high five, to fill buses and trains to and from matches. That's possible because New Zealand has not recorded a new COVID-19 infection in 22 days and has no active cases.

New Zealand Rugby devised the Super Rugby Aotearoa tournament to allow the return of professional rugby after the full, five-nation Super Rugby tournament was abandoned in March because of international travel restrictions and quarantine requirements.

Seven rounds of the tournament involving 15 teams from Australia, New Zealand, South Africa, Argentina and Japan had been completed when the competition was halted. At that stage the Blues were in fourth place on the overall standings, the Chiefs fifth, the Hurricanes seventh and the Highlanders 13th. The Christchurch-based Crusaders, the 11-time Super Rugby champions who were atop the New Zealand conference, have a bye this weekend.

In Super Rugby Aotearoa, New Zealand’s five franchises will play each other home and away over 10 weeks.

Anticipation of the return of professional rugby is high among fans. The Highlanders sold 4,000 tickets within four hours of sales opening Monday, an unprecedented number. Highlanders chief executive Roger Clark said of the 7,500 members contacted by the franchise, only 25 indicated they wouldn’t attend.

Dunedin is a university town and attendance at Highlanders matches is boosted by a large number of students who are accommodated behind the goalposts at one end of the stadium in an enclosure known as “The Zoo.”

Ticket sales indicate a crowd of around 18,000 but more may attend.

The crowd at the Blues-Hurricanes match will be the largest at a Super Rugby game in Auckland for at least 10 years. Anticipation has been heightened by the first appearance of the playmaker Barrett. The prospective duel between Barrett brothers was ruled out when younger sibling Joride Barrett, who plays at fullback for the Hurricanes, was injured in practice this week.

Super Rugby Aotearoa will feature rule changes designed to make matches more attractive to fans. In games in which scores are tied after regulation, the first team to score in a period of “golden point” extra time will win.

For the first time in professional rugby, players sent off with a red card can be replaced, but only after 20 minutes.