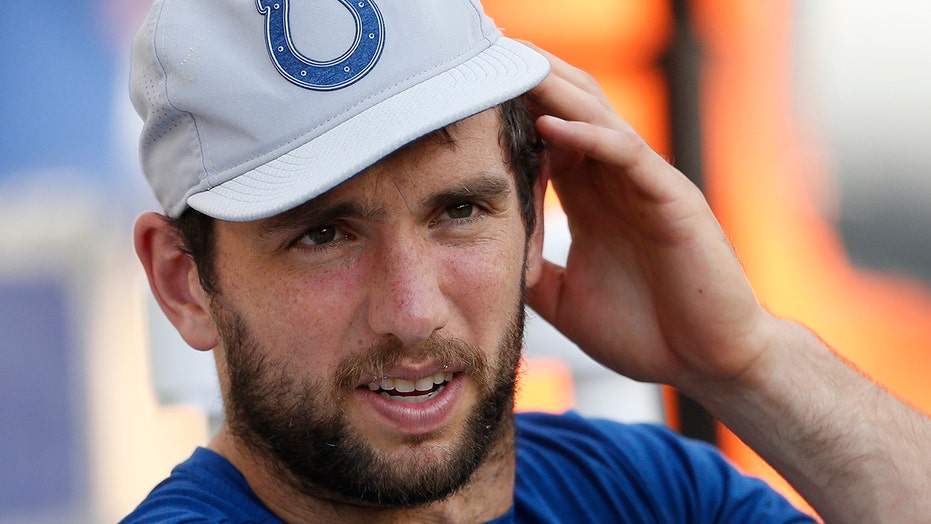 Andrew Luck has no “hankering” to play in the NFL again, XFL Commissioner Oliver Luck, his father, said Wednesday.

Oliver Luck said in an interview on ESPN Radio’s “Dan Le Batard Show with Stugotz” that he and his wife spent time with the former Indianapolis Colts quarterback over the holidays and didn’t notice any particular desire from him to return to the NFL.

He elaborated on his son in an interview on CBS Sports Radio's “The DA Show.”

“My wife and I spent some time with him and his growing family,” Oliver Luck said. “He just got his first child about six weeks ago. We were with him over Christmas. He's doing great. I have not noticed any desires to come back and play, but he's doing very well.”

Andrew Luck abruptly retired in August just weeks before the season was going to start. He said at the time that it was the “hardest decision” of his life.

Colts team owner Jim Irsay had said there was no expectation they would have the quarterback in 2020.

“Going into the offseason, we have to proceed as if Andrew is officially retired,” Irsay told NFL.com at the time. “So that's how we operate now.”

Irsay added: “With Andrew, at this point I just kind of take him for face value and we'll see what happens because only he can decide. From talking to Andrew, we have to take him at face value for what he says. So [general manager] Chris Ballard and I, and [coach] Frank Reich, we have to move forward. And we are with Jacoby [Brissett] and the next draft and thereafter.”

Indianapolis finished 7-9 and in third place of the AFC South.