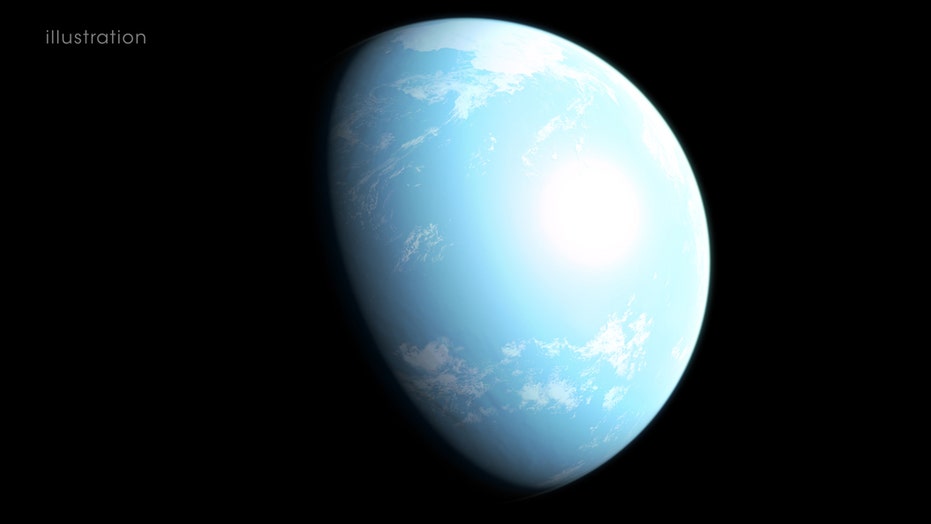 NASA's Transiting Exoplanet Survey Satellite (TESS) has made several discoveries in recent days, including a planet with three suns and a sun with three planets. But the latest discovery may be the most surprising of all — an alien planet that is potentially capable of supporting life.

A group of astronomers using TESS made the discovery of the GJ 357 star in the Hydra constellation, approximately 31 light-years from Earth, NASA said in a statement. One light-year is the equivalent of 6 trillion miles.

The exoplanet in question, GJ 357 d, is on the outer limits of the star's "habitable zone," which means it likely gets the same amount of energy that Mars gets from the Sun, said the study's co-author, Diana Kossakowski. “If the planet has a dense atmosphere, which will take future studies to determine, it could trap enough heat to warm the planet and allow liquid water on its surface.”

This illustration shows one interpretation of what GJ 357 d may be like. (Credit: NASA's Goddard Space Flight Center/Chris Smith)

“This is exciting, as this is humanity’s first nearby super-Earth that could harbor life — uncovered with help from TESS, our small, mighty mission with a huge reach,” said one of the study's co-authors, Lisa Kaltenegger, in a separate statement.

The government space agency has also posted a video to its YouTube page in conjunction with the discovery.

Assuming no atmosphere, GJ 357 d has an equilibrium temperature of -64 degrees Fahrenheit and is believed to have a mass of 6.1 times that of Earth. It also orbits GJ 357 every 55.7 days. It's unclear what GJ 357 d is comprised of and what its size is. However, if it were rocky, it would likely be between one and two times the size of Earth.

In addition to GJ 357 d, two other exoplanets were discovered, GJ 357 b and GJ 357 c. The exoplanet GJ 357 b is described as a "hot Earth," according to the study's co-author Enric Pallé.

Although GJ 357 b can't host life as we know it, due to its 490 degrees surface temperature, Pallé added astronomers are nonetheless intrigued. GJ 357 b is "the third-nearest transiting exoplanet known to date and one of the best rocky planets we have for measuring the composition of any atmosphere it may possess.”

The other exoplanet, GJ 357 c, orbits GJ 357 every 9.1 days and likely has a surface temperature approaching 260 degrees, NASA added.

Results of the findings were published in the scientific journal Astronomy & Astrophysics.

The revelation comes just days after researchers used NASA’s TESS to discover the exoplanet LTT 1445Ab, which has three red suns and a star system, known as "TESS Object of Interest 270," 73 light-years away from Earth.

TESS, which launched in April 2018, replaced the Kepler telescope, which started to malfunction towards the latter part of last year and was eventually retired in October 2018 after discovering more than 2,600 exoplanets, including 18 Earth-sized exoplanets.