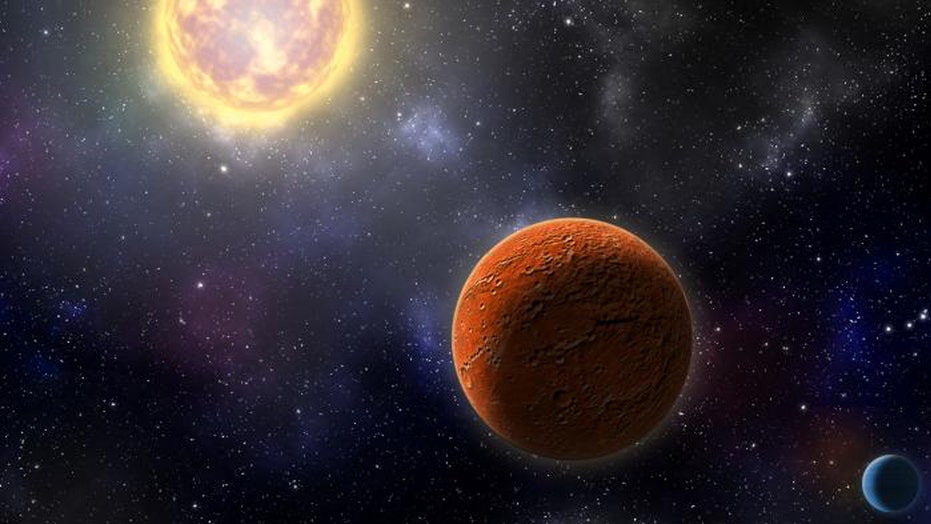 NASA's Transiting Exoplanet Survey Satellite (TESS) was launched to much fanfare in April 2018, as the $200 million spacecraft took over planet-hunting duties from its predecessor, the Kepler space telescope.

“It’s so exciting that TESS, which launched just about a year ago, is already a game-changer in the planet-hunting business,” the study's co-author, Johanna Teske, of the Department of Terrestrial Magnetism (DTM) at the Carnegie Institution for Science, said in a statement. “The spacecraft surveys the sky and we collaborate with the TESS follow-up community to flag potentially interesting targets for additional observations using ground-based telescopes and instruments.”

Unfortunately, the newly found Earth-size world, known as HD 21749c, does not appear to be a candidate to host life. It orbits its star approximately once every eight days, likely making it too hot to support life. The star, HD 21749, has approximately "80 percent of the mass of our Sun and is found about 53 light-years distant from Earth," researchers added in the statement.

"Measuring the exact mass and composition of such a small planet will be challenging, but important for comparing HD 21749c to Earth,” said Wang. “Carnegie’s PFS team is continuing to collect data on this object with this goal in mind.”

Even though HD 21749c does not appear to be a candidate to host life, there is hope that TESS will find planets that may have conditions to support life, said the study's lead author, Diana Dragomir.

“For stars that are very close by and very bright, we expected to find up to a couple dozen Earth-sized planets,” Dragomir said in the statement. “And here we are — this would be our first one, and it’s a milestone for TESS. It sets the path for finding smaller planets around even smaller stars, and those planets may potentially be habitable.”

The findings were published in the scientific journal The Astrophysical Journal Letters.

A "warm sub-Neptune-sized world," known as HD 21749b, which takes 36 days to orbit HD 21749 and was previously discovered in January, was also mentioned in the study.

TESS revealed its first images in September, becoming the next-generation craft to look for exoplanets, following Kepler, which discovered more than 2,600 confirmed planets during its lifespan, according to Space.com.

NASA's astrophysics director, Paul Hertz, said missions like TESS will help answer whether we're alone — or just lucky enough to have "the best prime real estate in the galaxy."

The exoplanet count, from all observatories in space and on Earth over the past couple of decades, stands at more than 3,700 confirmed with 4,500 on the strong contender list.

About 50 are believed to potentially habitable. They have the right size and the right orbit of their star to support surface water and, at least theoretically, to support life.

Scientists speculate that the habitable or so-called Goldilocks zone — the distance from a star where it's neither too hot nor too cold to support life, but just right with the potential for liquid water at the surface — should be much closer to red dwarfs than it is in our own solar system. The orbits of any planets in these systems should be fairly short.

NASA and others stress that TESS will not look for atmospheric or other signs of life; it can't do that.

That all-important job will be left to the James Webb Telescope, the next-generation successor to the Hubble Space Telescope that's grounded until at least 2020.