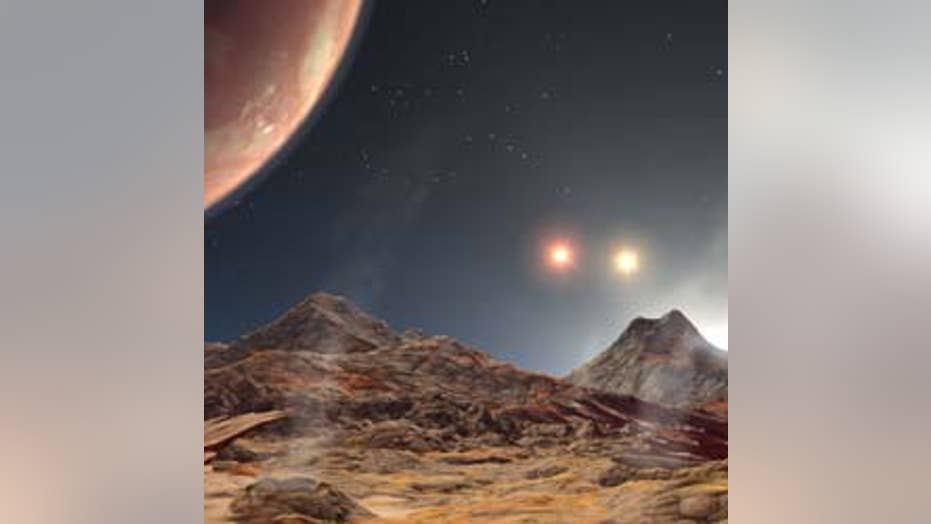 Imagine living in a world of triple sunsets.

The exoplanet LTT 1445Ab orbits one of the three suns, all of which are described as mid-to-late-life red dwarfs. “The planet transits the primary star in the system,” researchers explain, in a paper which is available on the scientific repository arXiv.

The planet is described as having a radius that is 1.38 R_Earth, which means that it is significantly larger than our planet.

File image - artist's animation shows the view from a hypothetical moon in orbit around HD 188753 Ab, the first known planet to reside in a tight-knit triple-star system. (NASA/JPL-Caltech)

Space.com reports that the LTT 1445 Ab system is 22.5 light-years away. A light-year, which measures distance in space, equals 6 trillion miles.

A red dwarf, or “M dwarf” in astronomical terms, is “the smallest, most abundant and longest-lived type of star in our galaxy,” according to NASA.

Scientists are intrigued by the discovery of the LTT 1445 Ab system. “It is the second nearest transiting exoplanet system found to date, and the closest one known for which the primary is an M dwarf,” they explain, in their study.

The paper has been submitted to the Astronomical Journal.