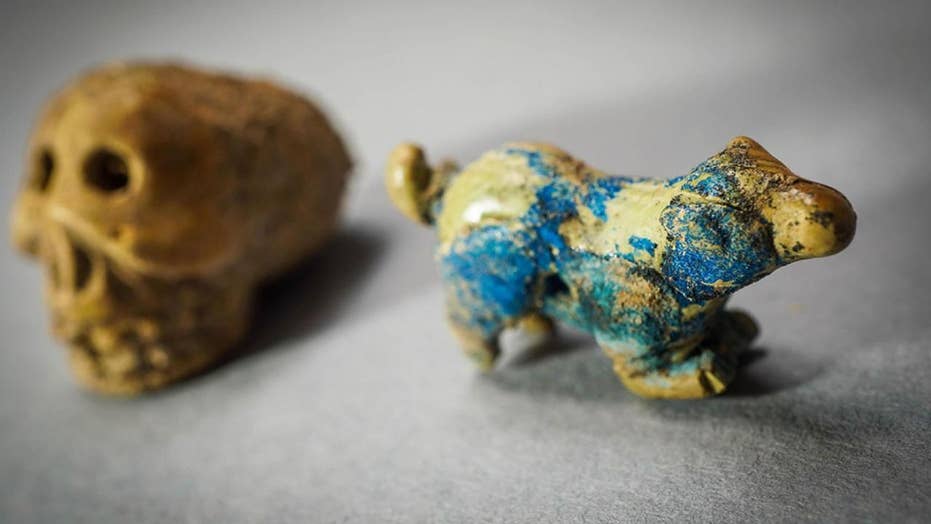 Bones, charms and gems for rituals all unearthed in a ‘treasure trove’ Pompeii discover.

Archaeologists have uncovered some incredible treasures buried in Pompeii in recent memory, including an ancient fast-food joint, a long-lost fresco and the buried remains of a racehorse.

But the latest discoveries may top them all — a "sorcerer's treasure trove" of items, including bones, skull charms and gems used for rituals.

According to Italian news outlet Ansa, archaeologists discovered the various artifacts inside a wooden box that had decomposed, leaving just the bronze hinges behind, preserved in the volcanic plume. The archaeologists also excavated the house where the box was found and unearthed a room with 10 bodies, including women and children.

"There are dozens of good luck charms next to other objects that were attributed with the power of crushing bad luck," Massimo Osanna, director of the Archaeological Park of Pompeii, told Ansa.

Osanna added that he believes it is possible the trinkets, which likely belonged to a female servant or slave, as opposed to the owner of the house, may were used for various rituals, including infertility and seduction.

"They could have been necklaces that were worn during rituals rather being used to look elegant," the archaeologist said.

Inside the box were a number of different gems, including crystals, ceramics, amethysts and amber. Scarabs from the Middle East were also found. A glass bead engraved with the head of Dionysus, the Greek god of wine, fertility and ritual madness, was also unearthed.

A view of archaeological artifacts on display, in Pompeii.   (CESARE ABBATE/EPA-EFE/Shutterstock)

"They are objects of everyday life in the female world and are extraordinary because they tell micro-stories, biographies of the inhabitants of the city who tried to escape the eruption," Osanna said in comments obtained by BBC.

An ancient marble head that likely represents Dionysus was found separately in Rome in May.

Since their discovery in the 16th century, the Pompeii ruins have given researchers great insight into what life was like before Mount Vesuvius erupted and wiped out the entire city in 79 A.D. Recently, there has been some dispute about whether the volcano erupted in August or October of that year.

In April, an ancient eatery known as a thermopolium (akin to a modern-day snack bar), where patrons could get drinks and hot food, was discovered among the city's ruins. Researchers have also found a fresco depicting a sensual scene involving the Roman god Jupiter and Leda and the remains of a petrified horse recently.

When Mount Vesuvius erupted, the explosion caused such extreme heat that victims' skulls exploded, their blood boiled and their muscles, flesh and brains were replaced with ash, according to a study published last year.