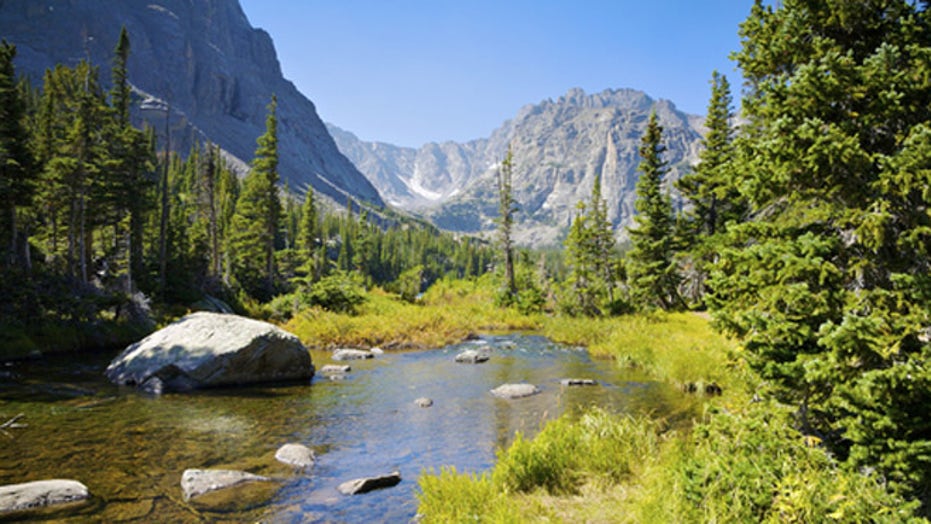 Plastic pollution has become an issue for the entire planet, negatively affecting the global economy, marine life and posing health risks for us and our children. But a new study notes that plastic is actually "raining" down on the Rocky Mountains, having made its way to some of the most remote parts of the country.

The study, aptly titled "It is Raining Plastic" and published by the U.S. Geological Survey, looked at rainwater found in different parts of Colorado, including Rocky Mountain National Park, and found that 90 percent of the samples had plastic in them.

"More plastic fibers were observed in samples from urban sites than from remote, mountainous sites," the researchers wrote in the study's overview. "However, frequent observation of plastic fibers in washout samples from the remote site CO98 at Loch Vale in Rocky Mountain National Park (elevation 3,159 meters [10,364 feet]) suggests that wet deposition of plastic is ubiquitous and not just an urban condition."

The plastic materials were identified under a microscope and several different colors were observed, but the most frequent one was blue, followed by red, silver, purple and green. It's likely that the plastic debris came from litter, as well as fibers from synthetic clothes.

The study's lead author, Gregory Wetherbee, told The Guardian that he and his team were not searching for plastic in the rainwater samples, and that the findings were an unexpected discovery.

“I think the most important result that we can share with the American public is that there’s more plastic out there than meets the eye,” Wetherbee told the news outlet. “It’s in the rain, it’s in the snow. It’s a part of our environment now.”

Wetherbee and the other researchers noted that to "calculate plastic wet-deposition loads is not possible with current (2019) technology" and that while more accurate methods of estimating plastic loads are needed, the conclusion is overwhelmingly clear — it's raining plastic.