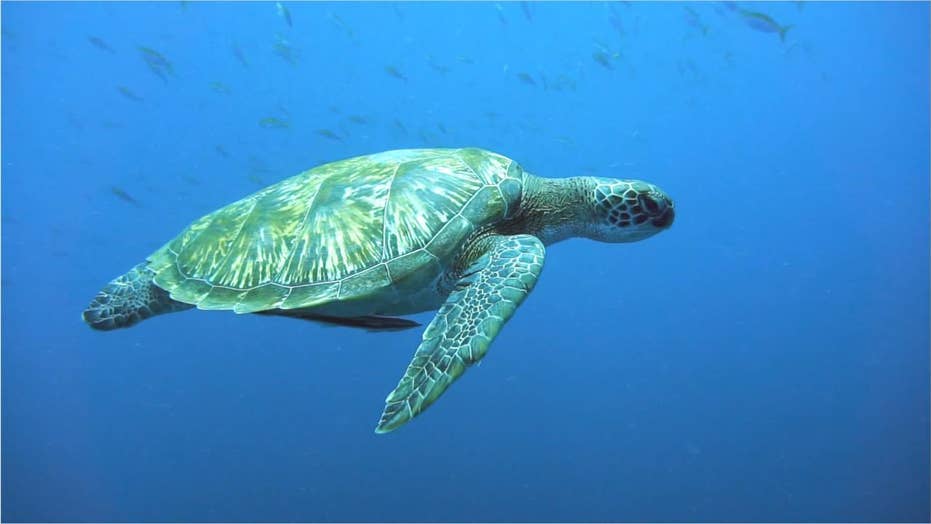 Turtles found dead on Cyprus all had plastic in their digestive tracks.

Plastic pollution is having a huge economic impact on society, but for sea creatures, the devastating effects are much worse than a hit to their wallets — it's a loss of life.

Green turtles are at risk of death from the plastic floating in the oceans because they think it is food, according to a new study. The plastics, which are often green, black or clear in color, look like seagrass to the turtles, a staple of their diets.

"Sea turtles are primarily visual predators—able to choose foods by size and shape—and in this study we found strong evidence that green turtles favor plastic of certain sizes, shapes and colors," said the study's lead author, Dr. Emily Duncan, in a statement.

Duncan added that it was previously known that leatherback turtles eat the plastic bags, likely because they confuse them with jellyfish.

The study came on the back of finding dead green turtles on the beaches in Cyprus. Thirty-four turtles were examined and the gastrointestinal tracts of 19 were looked at. All of them contained plastic, ranging from three pieces to 183 pieces inside one of the turtles.

Some of the plastic found in green turtles. (Credit: University of Exeter)

The issue is particularly worrisome for younger or smaller turtles, as they may eat more plastic because of inexperience, the study also found.

Professor Brendan Godley, who leads the Exeter Marine research strategy, said that research such as this helps scientists understand what the sea turtles are eating and what types of plastic may be ingested more than others.

"It's important to know what kinds of plastic might be a particular problem, as well as highlighting issues that can help motivate people to continue to work on reducing overall plastic consumption and pollution," Godley added in the statement.

The research has been published in Scientific Reports.

According to a 2018 estimate from EarthDay.org, 8 million metric tons of plastic wind up in the ocean every year, including 236,000 tons of microplastics, pieces that break down that are smaller than a human fingernail.

Some estimates have suggested there may be as many as 5.25 trillion macro and microplastic pieces floating in the ocean, many of which wind up in the digestive tracks of sea animals, such as dolphins, whales and turtles.