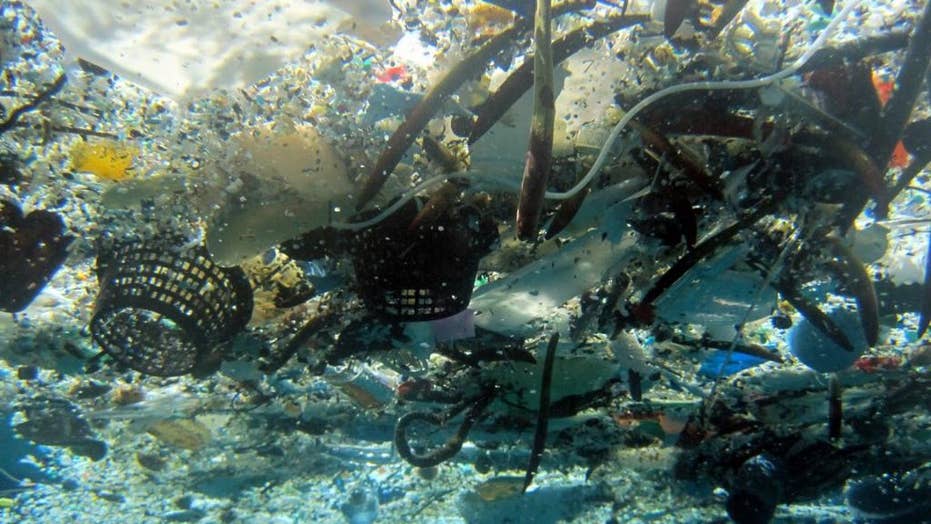 A new study suggests that the plastic pollution problem in the world's oceans is having a startling economic impact – perhaps as much as $2.5 trillion.

The research also estimates the economic cost at between $3,300 and $33,000 per ton of marine plastic per year, negatively impacting environmental value.

“Our calculations are a first stab at ‘putting a price on plastic’" the study's lead author, Dr. Nicola Beaumont, an environmental economist at Plymouth Marine Laboratory, said in an interview with The Guardian. "We know we have to do more research to refine, but we are convinced that already they are an underestimate of the real costs to global human society.”

The estimate did not take into account the impact on sectors of the global economy such as tourism, transport, fisheries and human health, the researchers wrote.

"An ecosystem impact analysis demonstrates that there is global evidence of impact with medium to high frequency on all subjects, with a medium to high degree of irreversibility," the study's abstract reads, with the researchers adding that they looked at nearly 1,200 data points to come up with their conclusions.

A separate study, published in Nature on April 16, is the first study "to confirm a significant increase in open ocean plastics in recent decades," going back nearly 60 years. Researchers found a plastic bag that had been snared on Ireland's coast since 1965, and is possibly first piece of plastic pollution ever found, according to the BBC.

Beaumont and the other authors of the study published in Science Direct found that plastics, which can travel nearly 2,000 miles, are creating new habitats for bacteria and algae, which put a number of species that rely on them at risk of disease.

"Colonization of plastic provides a mechanism for movement of organisms between biomes, thus potentially increasing their biogeographical range and risking the spread of invasive species and disease," the researchers wrote in the study.

Earlier this month, a pregnant whale off the coast of Italy was found dead with 49 pounds of plastic in its stomach. Researchers in the Philippines witnessed a similar occurrence after they pulled 88 pounds of plastic bags from the stomach of a dead whale that became stranded on a Philippines beach.

A similar case happened in November 2018 when park rangers pulled 13 pounds of plastic from a dead whale in Indonesia.

Beaumont told said she too hoped the study would streamline services to address plastic pollution and “help us make informed decisions" by putting a dollar figure on the impact.

“Recycling a ton of plastic costs us hundreds against the costs of thousands if we let it into the marine environment,” Beaumont said in her interview with The Guardian, adding that she hopes reducing plastic use can be done using techniques that are similar to the way countries and corporations trade carbon credits.