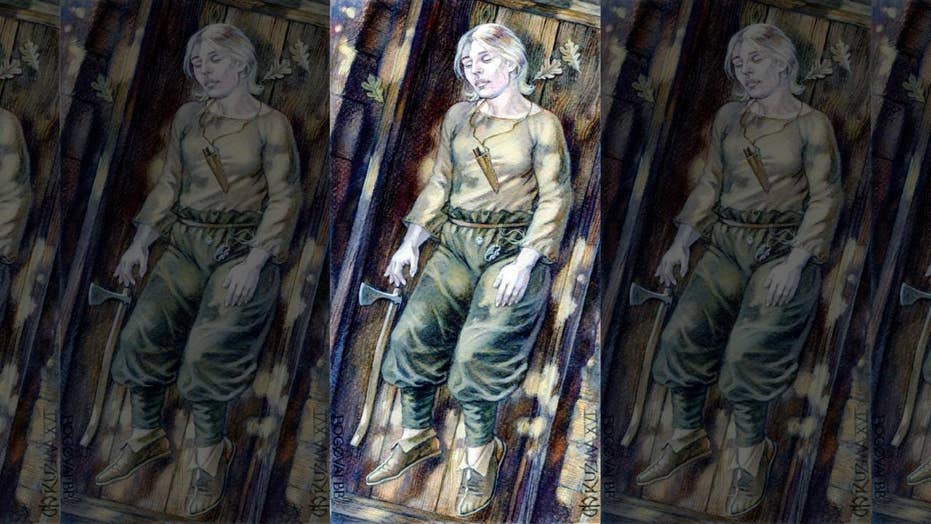 A mysterious medieval warrior discovered in a Viking graveyard in Denmark, wasn’t actually a Viking.

A mysterious female warrior discovered in a Viking grave in Denmark was originally thought to be a Viking. But now, researchers have made a surprising discovery about this fierce warrior who died more than 1,000 years ago — she wasn't actually a Viking.

According to researchers at Poland's Ministry of Science and Higher Education, the woman was likely Slavic, emanating from a region in Eastern Europe that is now present-day Poland.

"The presence of Slavic warriors in Denmark was more significant than previously thought; this image emerges from new research," Dr. Leszek Gardeła from the Department of Scandinavian Languages and Literatures at the University of Bonn, said in a statement.

Dr. Gardeła added that the revelation is not all that surprising. "During the Middle Ages, this island was a melting pot of Slavic and Scandinavian elements."

Although the woman's grave was the only one to have a weapon, an axe, researchers did find an Arab coin from the 10th century, adding further proof of its age.

Despite the indication the woman was likely a warrior, it's unclear how she died.

"Fortunately, in the case of the grave of the alleged Slavic woman, the bones have survived, but no injuries are visible that could point to the cause of death," Dr. Gardeła said.

An artist's illustration of the grave in Bogøvej, Langeland, Denmark. (Mirosław Kuźma)

The grave is one of many fascinating archaeological finds from the time of the Vikings. Earlier this year, archaeologists confirmed that a grave containing the skeleton of a Viking warrior, long thought to be male, was indeed female.