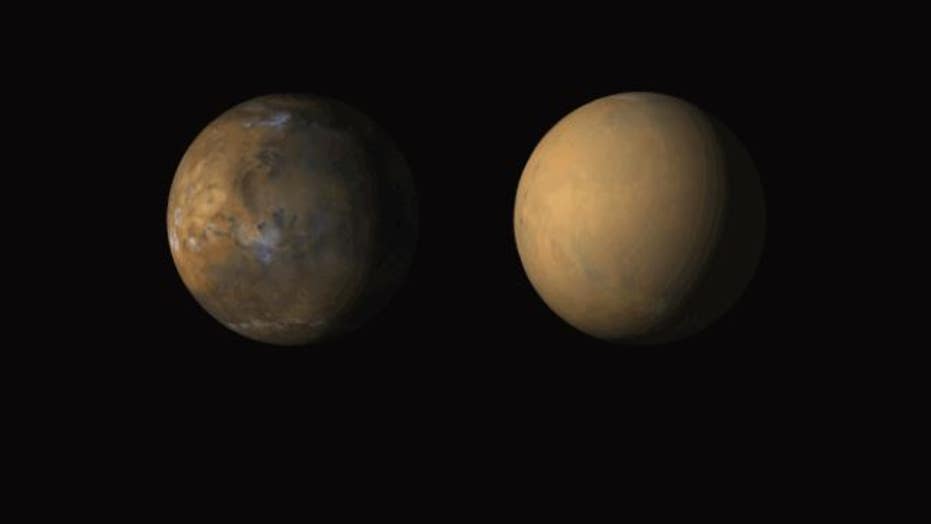 As if the planet didn't have enough to worry about with the coronavirus pandemic, one researcher is worried about extraterrestrial viruses.

Former NASA Ames director Scott Hubbard said he's concerned that future rock samples brought back from Mars will need to be checked and quarantined, as will the astronauts who return from future visits.

“I have heard from some colleagues in the human spaceflight area that they can see how, in the current environment, the general public could become more concerned about bringing back some alien microbe, virus or contamination,” Hubbard told the Stanford News in an interview.

CORONAVIRUS DELAYS NEXT MARS MISSION UNTIL 2022

Hubbard, who now teaches aeronautics and astronautics at Stanford University, added that the rock samples brought back by the Perseverance rover will have to be "quarantined and treated as though they are the Ebola virus until proven safe."

They will also need to be "baked at a high temperature" prior to being safely examined, Hubbard added.

NASA, which recently renamed the rover to Perseverance, will launch the unmanned rover on July 17, 2020. In March, Fox News reported the pandemic had not yet impacted launch preps, with work "continuing on schedule."

"NASA has policies in place for the safe return of extraterrestrial materials and is studying how best to implement these for Mars Sample Return," a NASA spokesperson told Fox News in an email. "Any future sample return mission would be subject to detailed planning and rigorous independent expert review."

"As for humans, the Apollo astronauts from the first few moon missions were quarantined to ensure they showed no signs of illness," Hubbard explained. "Once it was found that the moon did not pose a risk, the quarantine was eliminated. Such a procedure will undoubtedly be followed for humans returning from Mars."

Upon returning from the first manned mission to the moon in 1969, Apollo 11 astronauts Neil Armstrong, Buzz Aldrin and Michael Collins were quarantined for three weeks. Aldrin recently recounted his experience during quarantine on social media.

In a 2019 interview with Fox News, Collins, who said the trio were "just regular astronauts," said the quarantine was dependent upon the health of a colony of white mice that were with them.

“We had a huge colony of white mice,” Collins told Fox News at the time. “The three of us had gone to the Moon – that was either a national, international, triumph, or it was a total disaster depending on the health of the white mice that we had.”

“If the mice lived, everything was fine,” he added.

Once the rover lands on Mars, it will join the still functioning Curiosity rover and the now-deceased Opportunity rover on the Red Planet. Unlike Curiosity or Opportunity, this rover will carry the "first helicopter that will fly on another planet," NASA added.