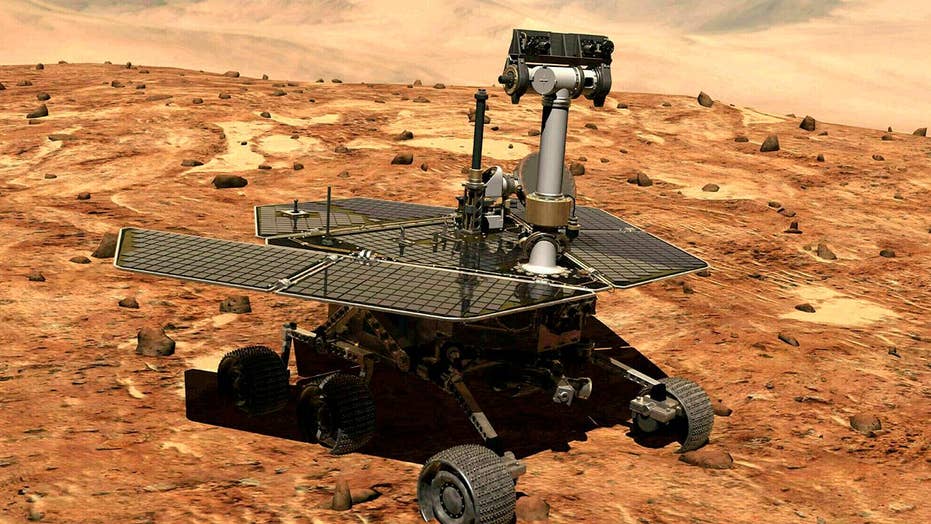 NASA has finally plugged the plug on its Mars Opportunity rover, which has been silent on the Red Planet’s surface for eight months.

"I declare the Opportunity mission is complete," said Thomas Zurbuchen, associate administrator of NASA's Science Mission Directorate during a press conference on Wednesday. "I have to tell you, this is an emotional time," he added.

The rover reached Mars in 2004, but NASA lost contact with the vehicle last year following an epic dust storm that enveloped the red planet and prevented sunlight from reaching its surface. The last signal received from the $400 million solar-powered rover was on June 10, 2018.

NASA made its last planned attempts to communicate with Opportunity late on Tuesday, but did not receive any response back. "I heard this morning that we had not heard back," said Zurbuchen, explaining that the "beloved" rover remains silent.

The missing vehicle was spotted three months later. On Sept. 20, the HiRISE high-resolution camera on NASA's Mars Reconnaissance Orbiter captured an image of the rover in Mars’ Perseverance Valley. However, scientists were still unable to talk to the vehicle.

Both outlived and outperformed expectations, on opposite sides of Mars. The golf-cart-sized rovers were designed to operate as geologists for just three months, after bouncing onto our planetary neighbor inside cushioning airbags. They rocketed from Cape Canaveral a month apart in 2003. Spirit was pronounced dead in 2011 a year after it got stuck in sand and communication ceased.

"This is a celebration of so many achievements," said NASA Administrator Jim Bridenstine, during Wednesday's press conference at the agency's Jet Propulsion Laboratory in Pasadena, California.

Opportunity set records on the Red Planet. Rolling along until communication ceased last June, Opportunity roamed a record 28 miles around Mars and worked longer than any other lander.

Its greatest achievement was discovering, along with Spirit, evidence that ancient Mars had water flowing on its surface and might have been capable of sustaining microbial life.

Contact with Opportunity was lost during the fiercest Martian dust storm in decades. The storm was so intense that it darkened the sky for months, preventing sunlight from reaching the rover's solar panels.

The storm may have scrambled the rover's internal clock, NASA explained on Wednesday, meaning that the rover would not know when to sleep, wake up, or receive commands.