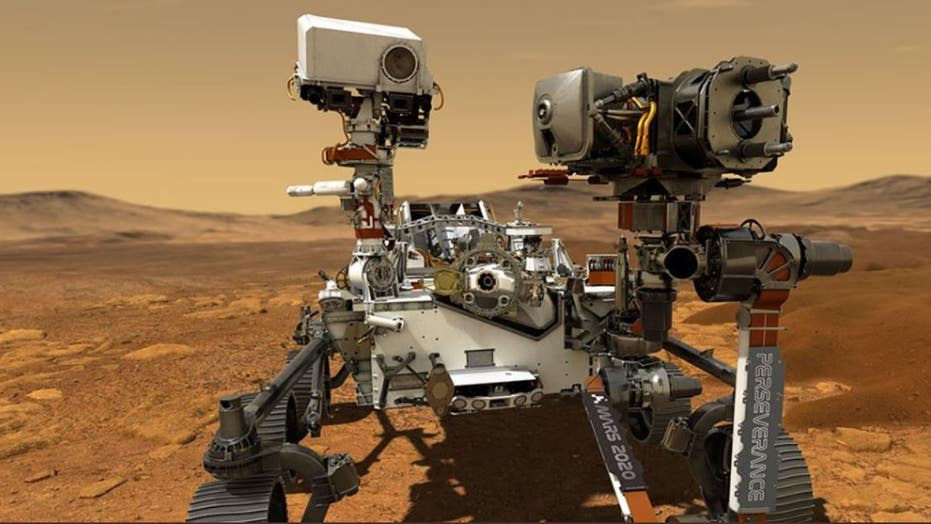 The winning name for the rover announced on Thursday was chosen by 4,700 volunteer judges who selected 155 semifinalists and then only nine finalists from an initial pool of 28,000 entries; the public had five days to weigh in, and more than 770,000 votes were cast online. Seventh-grader Alexander Mather, who attends Secondary School in Burke, Va., was congratulated by NASA officials.

"Alex’s entry captured the spirit of exploration,” said Thomas Zurbuchen, associate administrator of the Science Mission Directorate for the space agency, in a statement. “Like every exploration mission before, our rover is going to face challenges, and it’s going to make amazing discoveries. It’s already surmounted many obstacles to get us to the point where we are today – processing for launch. Alex and his classmates are the Artemis Generation, and they’re going to be taking the next steps into space that lead to Mars. That inspiring work will always require perseverance. We can’t wait to see that nameplate on Mars.”

With its Mars 2020 program, NASA aims to study the Red Planet and see if there are any fossilized remnants of extraterrestrial life when the rover lands on Feb. 18, 2021.

NASA announced a new name for its Mars rover on Thursday. (NASA)

MASSIVE ASTEROID TO PASS BY EARTH NEXT MONTH, NASA SAYS

According to the space agency, Mather was more into video games than space, at least before a 2018 visit to Space Camp in Alabama.

After seeing Saturn V, the rocket that launched the Apollo astronauts to the Moon, he became a real fan of space and began to check NASA's blog regularly for information.

"This was a chance to help the agency that put humans on the Moon and will soon do it again," said Mather. "This Mars rover will help pave the way for human presence there and I wanted to try and help in any way I could. Refusal of the challenge was not an option."

The seventh-grader will also receive an invitation to travel with his family to Cape Canaveral Air Force Station in Florida to witness the rover begin its journey when it launches this summer. While Mather has received NASA’s grand prize in this competition, NASA also is acknowledging the valuable contributions of the semifinalists whose entries were among the top ones considered.

"They came so far, and their expressive submissions helped make this naming contest the biggest and best in NASA history," said Lori Glaze, director of NASA's Planetary Science Division, who sat on the panel of experts that helped select the winner. "So, we decided to send them a little farther – 314 million miles farther. All 155 semifinalists’ proposed rover names and essays have been stenciled onto a silicon chip with lines of text smaller than one-thousandth the width of a human hair and will be flown to Mars aboard the rover.”