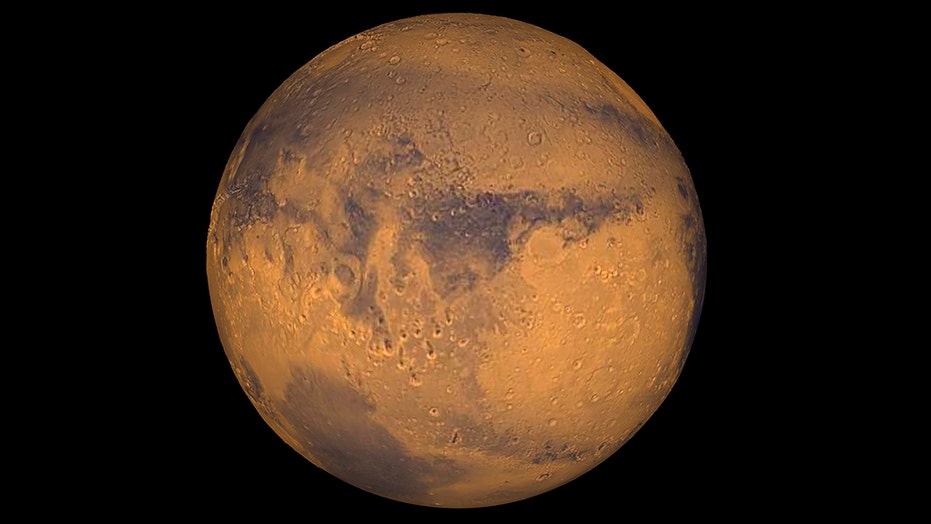 Salt water may form on the surface of Mars for a few days every year, according to new research.

The study by Norbert Schorghofer, a senior scientist at the Planetary Science Institute, explains that the salt water may form under very specific conditions at certain latitudes on the Martian surface.

“Mars has plenty of cold ice-rich regions and plenty of warm ice-free regions, but icy regions where the temperature rises above the melting point are a sweet spot that is nearly impossible to find,” said Schorghofer in the statement. “That sweet spot is where liquid water would form.”

A boulder located at a “mid-latitude” on the Martian surface, for example, could cast a shadow in winter. Because the continually shadowed area behind the boulder is so cold, water ice accumulates there. “When the Sun rises again in spring, the ice suddenly heats up,” explains the Planetary Science Institute in the statement. “In detailed model calculations, the temperature rises from -128° Celsius in the morning to -10° Celsius at noon, a huge change over a quarter of a day. Over such a short time, not all of the frost is lost to the atmosphere.”

“Salt depresses the melting point of H2O, so on salt-rich ground, water ice will melt at -10° Celsius,” the statement added. “Brines, or salty water, will form until all of the ice has either turned to liquid or vapor.” The process then repeats the following year.

A paper on the research, which was funded by a NASA grant, is published in the Astrophysical Journal.

MARS’ WATER MAY HAVE BEEN PACKED WITH MINERALS AND SALT, POSSIBLY SUPPORTING LIFE, STUDY SAYS

In another recent study, scientists reported that Mars’ water may have been packed with minerals and salt, possibly supporting life. The researchers targeted water that once resided in Mars’ Gale Crater.

A three-dimensional view of the Martian surface temperature around an idealized boulder at latitude 30°S on the Red Planet's surface. On the side opposite to the Sun, temperatures are around -128° Celsius, and as the sun rises, this area heats up rapidly, so frost melts on salt-containing ground before it sublimates into the atmosphere, according to new research. (Norbert Schorghofer)

Last year, in another project, scientists announced the discovery of layers of ice buried a mile beneath Mars’ north pole that could help unlock the Red Planet’s history.

Experts from the University of Texas at Austin and the University of Arizona harnessed the Shallow Radar (SHARAD) on NASA’s Mars Reconnaissance Orbiter to make the discovery. The ice, they say, could be the remains of ancient polar ice sheets and could be one of Mars’ largest reservoirs.

The study describing the discovery was published in the journal Geophysical Research Letters.

The layers of ice are a record of Mars’ past climate, similar to the way that tree rings record Earth’s past climate, scientists say. This could provide a valuable clue as experts attempt to work out whether conditions on the Red Planet were conducive to life.

In November, NASA announced that it has selected the location where its Mars 2020 Rover will land on the Red Planet. The rover is expected to reach the Martian surface on Feb. 18, 2021.

NASA’s long-term goal is to send a manned mission to Mars in the 2030s. However, former astronaut Buzz Aldrin thinks that a slightly later target date of 2040 is more realistic. In an interview in 2016, the Gemini 12 and Apollo 11 astronaut told Fox News that by 2040, astronauts could visit Mars’ moon Phobos and serve as a sort of stepping stone to the Red Planet.