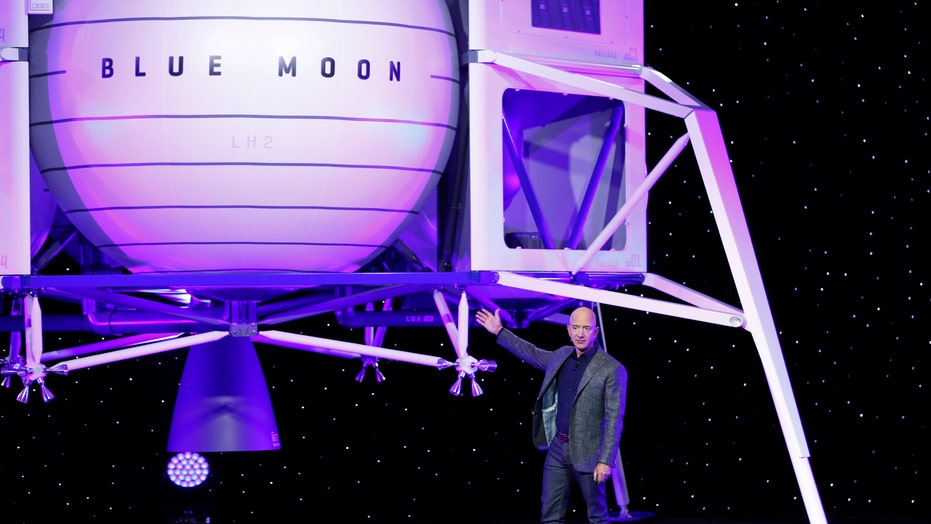 As the race for space dominance among private companies heats up, SpaceX's Elon Musk has taken a pot shot at Jeff Bezos' newly announced Moon lander with a crude joke.

Never one to refrain from bathroom humor, the 47-year-old Musk tweeted a screengrab of a New York Times article, replaced the word Moon with "Balls" and wrote, "Oh stop teasing, Jeff."

Musk, who heads up SpaceX, which competes with Bezos' Blue Origin, also said that "putting the word 'Blue' on a ball is questionable branding," but added that competition is good and would result in a "better outcome for all."

This is not the first time Musk has gone after Bezos on Twitter. He previously called him a "copy cat" after it was announced that Amazon would be launching satellites into space for internet connectivity, a business SpaceX is breaking into.

In September 2018, SpaceX announced that Japanese entrepreneur Yusaku Maezawa would be the first private person to fly solo around the Moon aboard one of the company's space vehicles, with the trip happening in 2023.

On Thursday, Bezos revealed what Blue Origin had been working on for three years, taking the wraps off its Blue Moon lander, a robotic ship the size of a small house that is capable of carrying four rovers and using a newly designed rocket engine and souped-up rockets.

Blue Origin founder Jeff Bezos unveils a mockup of the Blue Moon lunar lander on May 9, 2019.

The announcement for the usually secretive space company came with all the glitz of an Apple product launch in a darkened convention ballroom bedazzled with shimmering stars on its walls. Astronauts and other space luminaries sat in the audience under blue-tinted lighting before Bezos unveiled the boxy ship with four long and spindly landing legs.

The Amazon chief, who was dwarfed by his mock-up of the Blue Moon vehicle at his presentation in Washington D.C. Thursday, said, "This is an incredible vehicle and it's going to the Moon."

"It's time to go back to the Moon," Bezos added. This time to stay.”

In 2017, the Bezos-led Blue Origin revealed plans to send an unmanned, reusable rocket, capable of carrying 10,000 pounds (4,500 kilograms) of payload, to the Moon. The company had a successful launch earlier this month, reusing one of its New Shepard rockets, which barely goes to the edge of space, for a fifth time.

The Blue Moon lander will be followed by a version that could bring people to the Moon along the same timeframe as NASA's proposed 2024 return.

The 2024 time frame was put forth by Vice President Pence in March when he gave a speech at the National Space Council. He said the return to the Moon would happen with or without NASA and called on the space agency to become more efficient or risk being replaced.

At the time, NASA Administrator Jim Bridenstine assured Pence that NASA would work hard to meet the deadline, expressing confidence that the SLS, or Space Launch System, would be ready for the job.

Since then, Bridenstine and NASA have been grilled by Congress to know why their plan to return to the Moon by 2024 is not ready yet. The space agency has said it is continuing to work with the Trump administration on a budget request that would make that happen, although no official figures have been publicly discussed.

The Associated Press and Fox News' James Rogers contributed to this article.