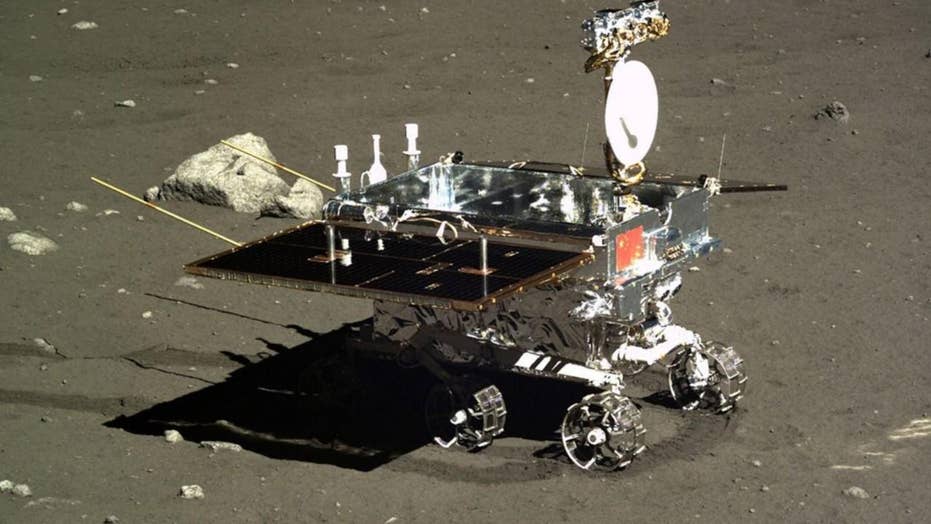 China successfully landed a spacecraft on the far side of the moon Thursday, becoming the first country to ever land on the side of the moon that faces away from Earth, state news media said.

The official China Central Television said the lunar explorer Chang'e 4 had touched down at 10:26 a.m.

Zhu Menghua, a professor at Macau University of Science and Technology who worked with Beijing on the mission, said the mission’s success is a major milestone for the country and establishes it as a pioneer in space exploration.

"We Chinese people have done something that the Americans have not dared try," he said, according to The New York Times.

A photo taken and sent back by Chang'e 4 shows a small crater and a barren surface that appears to be illuminated by a light from the lunar explorer. Its name comes from that of a Chinese goddess who, according to legend, has lived on the moon for millennia.

The Moon's far side is also known as the dark side because it faces away from Earth and remains comparatively unknown, with a different composition from sites on the near side, where previous missions have landed.

"The space dream is part of the dream to make China stronger," President Xi Jinping said in 2013, shortly after becoming China's leader.

In year-end wrap-ups, Chinese media and officials hailed the Dec. 8 launch of Chang'e 4 as one of the nation's major achievements in 2018.

Dec. 21, 2018 also marked the 50th anniversary of the momentous Apollo 8 launch. During a series of historic lunar orbits NASA astronauts Frank Borman, Jim Lovell and Bill Anders became the first humans to see the far side of the Moon.