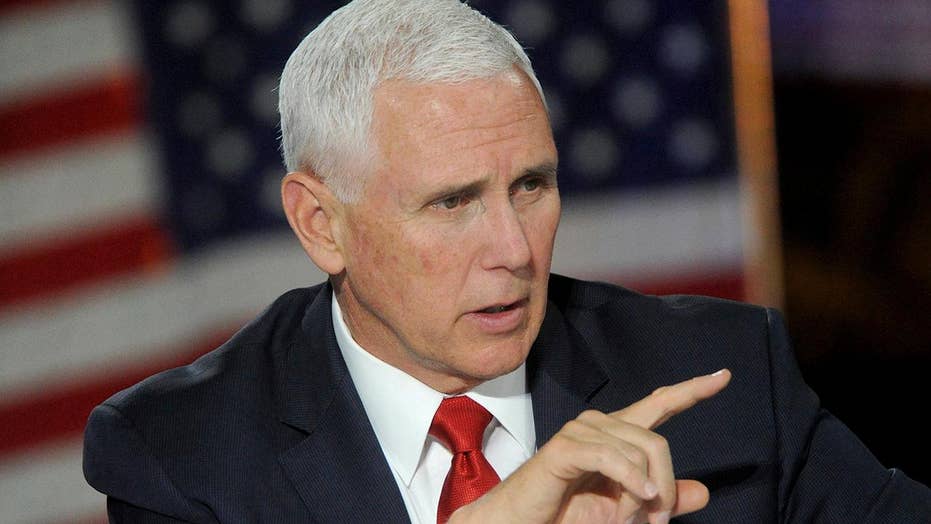 Pence vows Americans will return to the moon by 2024

Vice President Pence says it's the stated mission of the Trump administration to return Americans to the moon by any means necessary during a meeting of the National Space Council in Huntsville, Alabama.

Vice President Mike Pence on Tuesday called on NASA to step up its game and land astronauts on the moon within five years, “by any means necessary.”

"It's time to redouble our effort," Pence said during a meeting of the National Space Council in Huntsville, Ala. "It can happen, but it will not happen unless we increase the pace."

Pence warned that if NASA can't put astronauts on the moon by 2024, "we need to change the organization, not the mission." He cautioned that the space agency needed to transform into a more efficient organization, or else it would be replaced by private industry.

“We’re not committed to one contractor. If our current contractors can’t meet this objective, then we’ll find ones that will. If American industry can provide critical commercial services without government development then we’ll buy them. And if commercial rockets are the only way to get American astronauts to the moon in the next five years, then commercial rockets it will be," Pence said.

NASA Administrator Jim Bridenstine assured Pence that NASA would work hard to meet the deadline, expressing confidence that the SLS, or Space Launch System, would be ready for the job. 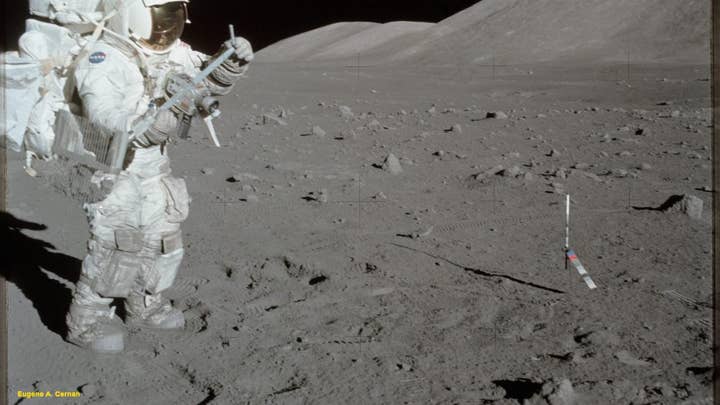 But outside experts were skeptical that the goal could be achieved. Jonathan McDowell of the Harvard-Smithsonian Center for Astrophysics said he would be “astonished” if it’s pulled off, noting that a lunar lander still needs to be designed, built and tested.

This summer marks the 50th anniversary of the first manned moon landing by Apollo 11 astronauts Neil Armstrong and Buzz Aldrin. Since Apollo 17 astronauts last walked on the moon in 1972, no country has sent humans back to the lunar surface.

The National Space Council, led by Pence, held its fifth meeting at the U.S. Space and Rocket Center, right next door to NASA's Marshall Space Flight Center, where the Boeing-built SLS is now managed.

Aldrin, now 89 years old, was among the attendees and tweeted a photo from the meeting. (Armstrong died in 2012 at age 82. The third Apollo 11 astronaut, Michael Collins, is now 88 years old.)

Pence said it was unacceptable that SLS delays and cost overruns point to a 2028 target date — nearly two decades after the SLS program began. By contrast, it took NASA only eight years to put astronauts on the moon in July 1969.

"The exploration of the heavens in this still new century will go forward with or without the United States. But Americans don't do second place. Americans lead, and so we will," Pence said to cheers and applause.

Chris Carberry, CEO of Explore Mars, a non-profit organization that aims to advance the goal of sending humans to Mars within the next two decades told Fox News that the Space Council presented an ambitious goal that could transform the space program and pave the way to Mars in the 2030s. "The big question will be how they follow up on this grand vision? Will they provide sufficient funding and political support?" he explained, via email. " Also, will they be able to pressure NASA and its commercial and international partners to achieve these goals within the stated timeframe and a sustainable budget?"

"If they can, this could finally be a turning point that we’ve been waiting for," Carberry added.