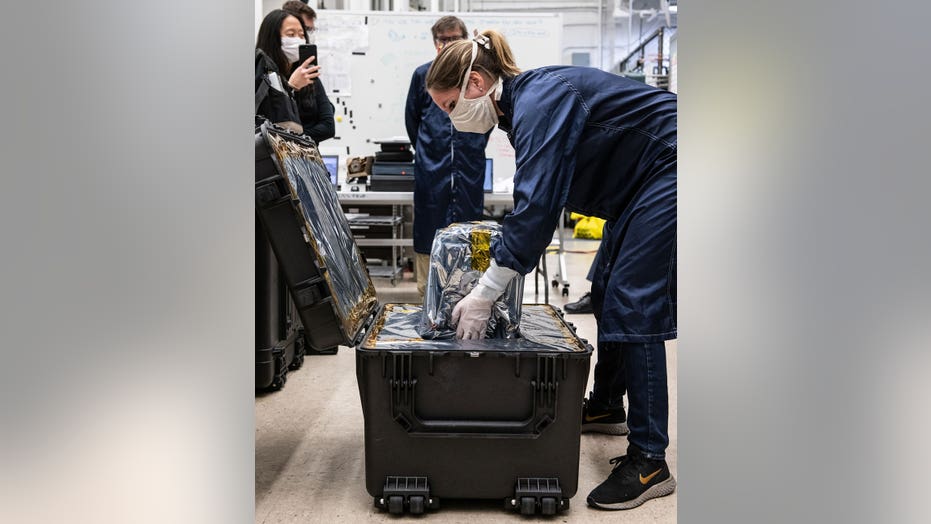 NASA is no stranger to incredible achievements -- it sent men and women to the moon, explored the depths of space with the Hubble Space Telescope and visited Mars multiple times. As the planet deals with the ramifications of the coronavirus pandemic, the space agency designed a critical piece of medical equipment in short supply to aid critically ill COVID-19 patients: a ventilator.

Engineers at NASA's Jet Propulsion Laboratory in Pasadena, Calif., built the device, known as VITAL (Ventilator Intervention Technology Accessible Locally), in just 37 days, using a fraction of the parts a traditional ventilator uses. That innovation could make it easier for mass production.

"We specialize in spacecraft, not medical-device manufacturing," said JPL Director Michael Watkins in a statement. "But excellent engineering, rigorous testing and rapid prototyping are some of our specialties. When people at JPL realized they might have what it takes to support the medical community and the broader community, they felt it was their duty to share their ingenuity, expertise and drive."

Engineers at NASA's Jet Propulsion Laboratory in Southern California prepare to ship a prototype ventilator for coronavirus patients to the Icahn School of Medicine at Mount Sinai in New York. (Credit: NASA/JPL-Caltech)

BILL GATES SLAMS TRUMP'S DECISION TO HALT WHO FUNDING: 'AS DANGEROUS AS IT SOUNDS'

The space agency added that it is seeking "expedited" approval from the FDA for "emergency use authorization," a process that could take just days.

A prototype of the device was sent to the Human Simulation Lab in the Department of Anesthesiology, Perioperative and Pain Medicine at Mount Sinai for additional testing, NASA added.

"Intensive-care units are seeing COVID-19 patients who require highly dynamic ventilators," Dr. J.D. Polk, NASA's chief health and medical officer, explained. "The intention with VITAL is to decrease the likelihood patients will get to that advanced stage of the disease and require more advanced ventilator assistance."

If the device gets FDA approval, a free license will be offered for the ventilator and NASA is already in talks with commercial partners to find manufacturers, coming at a time when ventilators are in need.

Earlier this month, Fox News reported that the shortage of ventilators, which can cost upward of $20,000 per machine, has caused some doctors around the U.S. to decide what patients live and which ones succumb to the virus. A similar situation arose in Italy last month, Fox News previously reported.

REOPENING US AFTER CORONAVIRUS PANDEMIC 'MUCH BIGGER THAN MOST PEOPLE REALIZE,' HARVARD STUDY WARNS

As a result of the shortage around the U.S, President Trump has enacted the Defense Production Act. This has resulted in companies such as General Motors, Ford and others, to produce ventilators.

Tesla and SpaceX CEO Elon Musk has also helped out with the ventilator shortage, delivering 1,000 ventilators to California in late March.

In an effort to build the device as cheaply and as quickly as possible, it uses far fewer parts than a traditional ventilator, with NASA noting many are presently available to manufacturers through existing supply chains.

The ventilator can also be modified for use in different settings, such as "field hospitals being set up in convention centers, hotels, and other high-capacity facilities across the country and around the globe," NASA explained.

It's unclear how much the ventilator would cost, but it could be for as little as $2,000 or $3,000, according to Business Insider, which cited comments from Dave Gallagher, an employee at JPL who worked on the ventilator.

As of Friday morning, more than 2.7 million coronavirus cases have been diagnosed worldwide, more than 869,000 of which are in the U.S., the most impacted country on the planet.