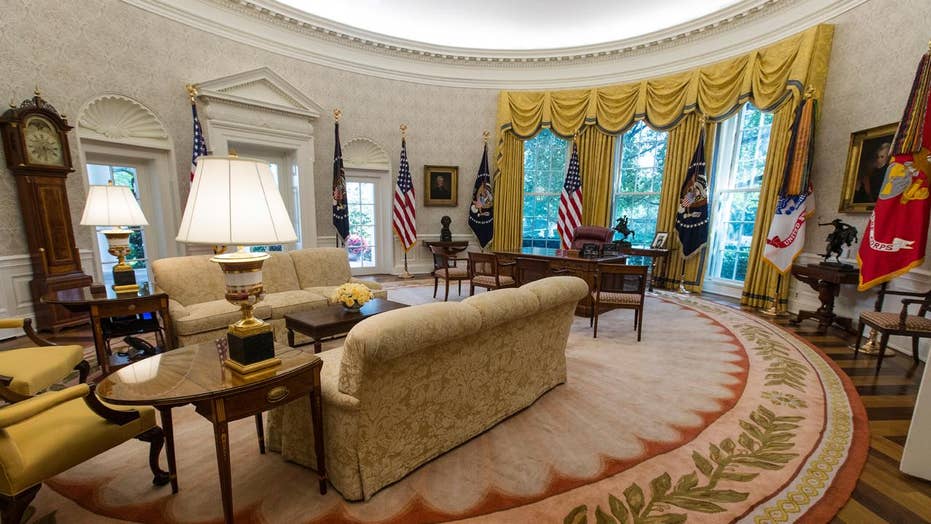 Major renovations at 1600 Pennsylvania Avenue are set to be unveiled in just three days.

The massive project coincides with President Donald Trump’s 17 day working vacation at his Bedminster, N.J., golf club, his first extended holiday since taking office in January. But fear not, traditionalists — changes to the historic mansion will not reflect the President’s evident penchant for all things gilded, mirrored and marbled.

Officially dubbed the “West Wing Phase Two Renovations," the $3.4 million overhaul was approved under the Obama administration following an initial renovation in 2012.

A White House spokesperson told Town & Country that the makeover is “more out of necessity than cosmetic." Since August 4, the General Services Administration has been working around the clock on restorations such as the updating the 27-year-old HVAC system, refurbishing the cracked stairs of the South Lawn, and repairing leaks in lower press area of the West Wing.

The plan also includes minor aesthetic changes that will place President Trump’s stamp on the West Wing, such freshening up the walls with new paint colors and swapping out carpets and curtains. Whatever modernizations are ultimately made, POTUS has previously stated that he would respect the historic integrity of the White House, first and foremost.

“If I were elected, I would maybe touch it up a little bit, but the White House is a special place. … You don’t want to do too much touching,” he told People in 2015.

So as we wait on the "after" photos of the structural changes to be released, we'll just have to keep an eye out for any gold leaf entering the Oval Office.